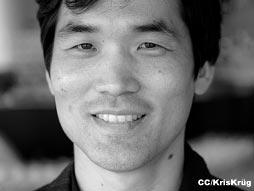 Computational neuroscientist
Home: Sebastian Seung at MIT Twitter: @SebastianSeung
Sebastian Seung is a leader in the new field of connectomics, currently the hottest space in neuroscience, which studies, in once-impossible detail, the wiring of the brain.

In the brain, neurons are connected into a complex network. Sebastian Seung and his lab at MIT are inventing technologies for identifying and describing the connectome, the totality of connections between the brain's neurons -- think of it as the wiring diagram of the brain. We possess our entire genome at birth, but things like memories are not "stored" in the genome; they are acquired through life and accumulated in the brain. Seung's hypothesis is that "we are our connectome," that the connections among neurons is where memories and experiences get stored.

Seung and his collaborators, including Winfried Denk at the Max Planck Institute and Jeff Lichtman at Harvard University, are working on a plan to thin-slice a brain (probably starting with a mouse brain) and trace, from slice to slice, each neural pathway, exposing the wiring diagram of the brain and creating a powerful new way to visualize the workings of the mind. They're not the first to attempt something like this -- Sydney Brenner won a Nobel for mapping all the 7,000 connections in the nervous system of a tiny worm, C. elegans. But that took his team a dozen years, and the worm only had 302 nerve cells. One of Seung's breakthroughs is in using advanced imagining and AI to handle the crushing amount of data that a mouse brain will yield and turn it into richly visual maps that show the passageways of thought and sensation.

“[Seung and his colleagues] will need to make their technique a million times faster to finally bring larger maps -- like that of a cortical column -- into the realm of reality.” — Emily Singer, Technology Review 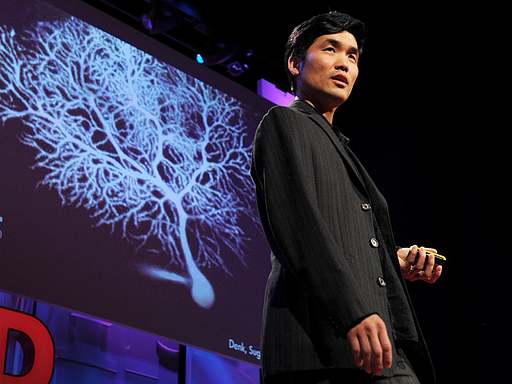 I am my connectome

EyeWire’s creative director on how she got her job from an email, how her team is highlighting the beauty of the brain

Amy Robinson maxed out her bank account to attend TEDGlobal 2010. While there, she heard Sebastian Seung of MIT give the talk “I am my connectome” and knew she had to talk to him. Two years later, Robinson—the organizer of TEDxHuntsville—saw on Twitter that Seung was launching something new: EyeWire, a game allowing citizen scientists around the […]

Play with the brain: An online game that’s helping map the connections of the retina

Sebastian Seung is one of the most influential explorers of our time — and his terrain is the human brain. You may remember Seung’s talk from TEDGlobal 2010, in which he uses the relatively new term “connectome,” to describe the connections between each of the hundreds of millions of neurons in our brains that make […]