Comedian and Mental Health Activist
Website: BlackDogTribe.com Twitter: @RubyWax Book: How Do You Want Me?
Ruby Wax is a loud, funny woman — who spent much of her comedy career battling depression in silence. Now her work blends mental health advocacy and laughs.

Winston Churchill called it "the Black Dog" -- a depression that settled over him and drained the flavor from life. Ruby Wax knows the Black Dog well; throughout the '80s and '90s, during a flourishing career as a brash comedian and interviewer in the UK, it trotted at her heels, even while she was interviewing the Duchess of York and sorting through Imelda Marcos' shoes.

After taking a timeout to learn how to manage the condition, Wax produced a stand-up comedy show called "Losing It" that directly addresses her mental health experiences, hilariously but powerfully. And she's started up a new social network called the Black Dog Tribe, which offers a community and support to people with depression. Meanwhile, she's working on her Master's in cognitive therapy.

Also, this year, Ruby was honored as an Officer of the Order of the British Empire (OBE) for her mental health work.

As she says: "I've always said to myself, if you've got a disability, use it." Read our Q&A with Ruby Wax >>

Ruby is also a visiting professor at The University of Surrey.

“At the gig I attended a few faces were quietly crumpling; at times when half the audience would be chuckling, the other half would be solemnly nodding at Wax’s candour.” — Judith Woods, Telegraph 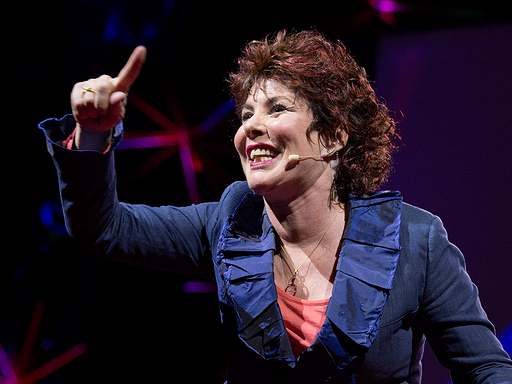 What's so funny about mental illness?

How should we talk about mental health?

Mental health suffers from a major image problem. One in every four people experiences mental health issues — yet more than 40 percent of countries worldwide have no mental health policy. Across the board it seems like we have no idea how to talk about it respectfully and responsibly. Stigma and discrimination are the two […]

How should we talk about mental health?

Mental health suffers from a major image problem. One in every 4 people experiences mental health issues -- yet we're not very informed when it comes to talking about the topic. Hear from mental health researchers and advocates on respectful and responsible communication.

Why aren’t we asking the big questions? A Q&A with Ruby Wax

One in four people have some form of mental illness, and Ruby Wax wants to talk about it. Watch her TEDTalk, posted today and inspired by her show Losing It, to start the conversation. One project she didn’t get to mention onstage at TEDGlobal: This winter, Wax started up the Black Dog Tribe, an online […]