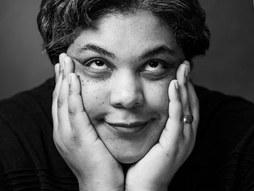 Writer
roxanegay.com @rgay
In "Bad Feminist," her 2014 book of essays, Roxane Gay laid out a wise, funny and deeply empathetic vision of modern feminism, acceptance and identity — flaws and all.

Roxane Gay is a novelist and essayist whose online essays you've probably had forwarded to you by someone you adore. Collected in the 2014 book Bad Feminist, they posit a world where (gasp!) we can actually talk honestly about searching for identity, being less than perfect, and thinking hard on privilege and acceptance. Kira Cochrane in The Guardian puts it correctly: "In print, on Twitter and in person, Gay has the voice of the friend you call first for advice, calm and sane as well as funny, someone who has seen a lot and takes no prisoners." 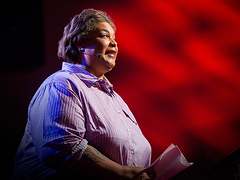 Confessions of a bad feminist