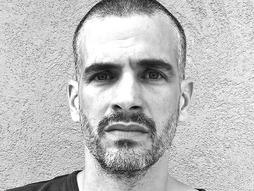 Graphic Designer
Website: The Peace Factory Facebook: Israel Loves Iran
Ronny Edry of Israel created The Peace Factory, an online movement for peace in the Middle East, when he posted a Facebook image that declared "Iranians, we will never bomb your country."

Ronny Edry is a graphic designer, teacher and father. While he often posted images on Facebook without much fanfare, in March of 2012 one of his images garnered international attention. The image showed him with his daughter, along with the words “Iranians, we will never bomb your country. We heart you.” The image became a catalyst for dialogue between the people of two nations on the brink of war -- and started an online movement. Today, The Peace Factory is connecting people throughout the Middle East, giving them a voice and a face.

Edry grew up in Paris, France, and has lived in Israel since 1989. Along with his work on the Peace Factory, he is the owner and founder of Pushpin, a school for art and design in Tel Aviv. He himself graduated with honors from the BezIalel Academy of Art and Design, and he is a staff member teaching visual communication in design academies in Israel. He has received awards for his works as a graphic designer and is also an illustrator and author of graphic novels.

“It is not possible to dial an Iranian number from an Israeli telephone. It will simply not go through. That lack of communication stems from the government level, where there is no dialogue between the two countries aside from public speeches meant to carry weighty threats of war to each camp. That is why it was so difficult for Ronny Edry, an Israeli graphic designer based in Tel Aviv, to get his message across to the people of Iran.” — CNN 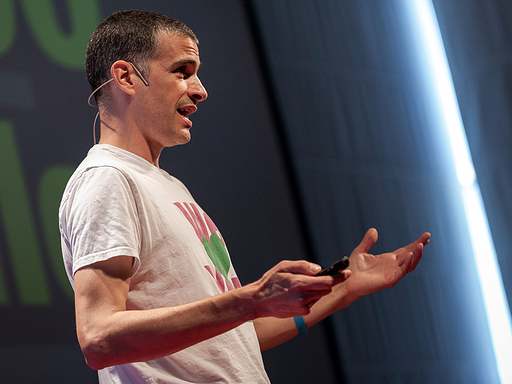 Israel and Iran: A love story?

4 efforts to diffuse conflict in Israel with art

[ted id=1636 width=560 height=315] Israeli graphic designer Ronny Edry has always loved posting images on Facebook, most of them garnering just a few random likes from his friends. But on March 15, he posted an image that got a different kind of reaction. The image showed him holding his young daughter, an Israeli flag in […]