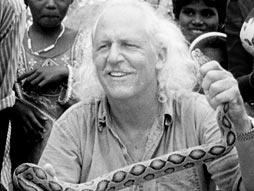 Herpetologist
Interview: PBS Nature interview
Romulus Whitaker is a scientist and conservationist who slings around the globe to study and protect reptiles.

Romulus Whitaker's boyhood fascination with the snakes near his home in Bombay has developed into a career of getting up close with some of the world's most venomous creatures. In 1972, Whitaker founded India's first snake park, in Madras, with support from the World Wildlife Fund. Later he founded the Madras Crocodile Bank Trust Centre for Herpetology to re-establish three species of crocodiles that were nearing extinction. The bank now houses 3,000 crocodiles of 15 species. Currently, Whitaker is focusing on the Gharial crocodile, whose species has less than 250 members left in Indian waters.

At age 65, he shows no sign of slowing down. “The Dragon Chronicles,” filmed in 2008 for PBS's series Nature, shows Whitaker cave-diving in ice-cold water for Slovenian olms, climbing trees in pursuit of flying lizards in the Western Ghats, and Komodo dragon-wrestling in Indonesia. Awarded the 2005 Whitley prize, Whitaker used the £30,000 purse to start the Agumbe Rainforest Research Station, the first to be built along the whole 1,000km length of the Western Ghats. He uses the research station to study king cobras in their natural habitat.

“I’m 65 years old, and instincts (and some well-meaning friends) say I should slow down and maybe take it a little easier, but how can I?” — Romulus Whitaker 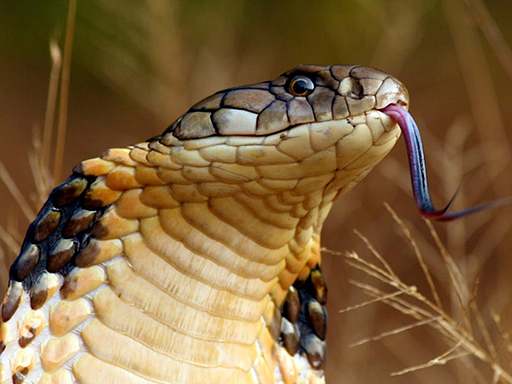 The real danger lurking in the water

The real danger lurking in the water: Romulus Whitaker on TED.com

The gharial and king cobra are two of India’s most iconic reptiles, and they’re endangered because of polluted waterways. Conservationist Romulus Whitaker shows rare footage of these magnificent animals and urges us to save the rivers that sustain their lives and our own. (Recorded at TEDIndia, November 2009, Mysore, India. Duration: 17:19) Twitter URL: http://on.ted.com/535W […]