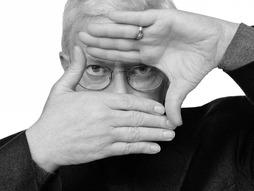 Film critic and blogger
Home: rogerebert.suntimes.com Twitter: @ebertchicago
After losing the power to speak, legendary film critic Roger Ebert went on to write about creativity, race, politics and culture — and film, just as brilliantly as ever.

By any measure, Roger Ebert was a legend. The first person to win a Pulitzer for film criticism, as film critic for the Chicago Sun-Times, he was best known for his decades-long reign as the co-host of Sneak Previews, a TV show with fellow Chicago critic Gene Siskel. For 23 years and three title changes (finally settling on Siskel and Ebert and the Movies) the two critics offered smart, short-form film criticism that guided America's moviegoing. After Gene Siskel died in 1999, Ebert kept on with critic Richard Roeper. (And he was also the co-screenwriter of the Russ Meyer cult classic Beyond the Valley of the Dolls, a fact that astounded more than a few young film students.)

In 2006, Ebert began treatment for thyroid cancer. He told the story of his many surgeries and setbacks in an immensely-worth-reading Esquire story in 2010. Enduring procedure after procedure, he eventually lost the lower part of his jaw -- and with it his ability to eat and speak. Turning to his blog and to Twitter, he found a new voice for his film work and his sparkling thoughts on ... just about everything. He tried his hand as an Amazon affiliate, became a finalist in the New Yorker caption contest, and started a controversy or two. In 2013 Ebert passed away from cancer at the age of 70. 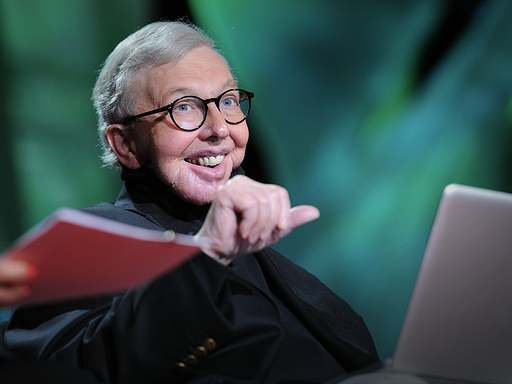 TED Talks cover an incredible breadth of topics — from mathematical origami to self-repairing architecture to personalized medicine. Some talks explore what lies at the very essence of TED — the act of talking. The 10 talks below explore the various dynamics of speech — from phonology to cognition to the socio-cultural role of language in […]

[ted id=1121] Roger Ebert, the film critic who guided American movie selections for decades, has died, a family friend revealed to newspapers today. He was 70 years old. This sad news comes just days after Ebert wrote a column in the Chicago Sun-Times, celebrating the 46th anniversary of his column and announcing a “leave of […]