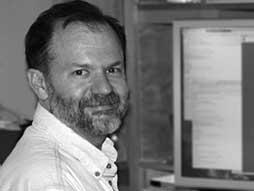 Origamist
Homepage: Lang Origami Profile: Robert Lang in the New Yorker Profile: Robert Lang on Apple.com
Robert Lang merges mathematics with aesthetics to fold elegant modern origami. His scientific approach helps him make folds once thought impossible — and has secured his place as one of the first great Western masters of the art.

Origami, as Robert Lang describes it, is simple: "You take a creature, you combine it with a square, and you get an origami figure." But Lang's own description belies the technicality of his art; indeed, his creations inspire awe by sheer force of their intricacy. His repertoire includes a snake with one thousand scales, a two-foot-tall allosaurus skeleton, and a perfect replica of a Black Forest cuckoo clock. Each work is the result of software (which Lang himself pioneered) that manipulates thousands of mathematical calculations in the production of a "folding map" of a single creature.

The marriage of mathematics and origami harkens back to Lang's own childhood.  As a first-grader, Lang proved far too clever for elementary mathematics and quickly became bored, prompting his teacher to give him a book on origami. His acuity for mathematics would lead him to become a physicist at the California Institute of Technology, and the owner of nearly fifty patents on lasers and optoelectronics. Now a professional origami master, Lang practices his craft as both artist and engineer, one day folding the smallest of insects and the next the largest of space-bound telescope lenses.

“Lang creates creatures of such complexity that it seems impossible that each is composed of a single sheet of paper, no cuts, no glue.” — Apple.com 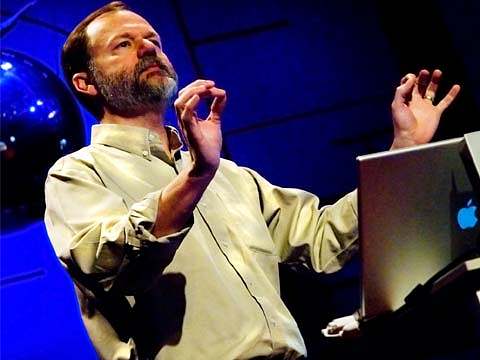 The math and magic of origami