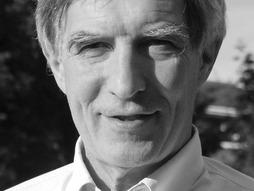 For decades, Richard Wilkinson has studied the social effects of income inequality and how social forces affect health. In The Spirit Level, a book coauthored with Kate Pickett, he lays out reams of statistical evidence that, among developed countries, societies that are more equal – with a smaller income gap between rich and poor -- are happier and healthier than societies with greater disparities in the distribution of wealth.

While poverty has long been recognized as an indicator for such social ills as crime, obesity, teen pregnancy, Wilkinson and Pickett have demonstrated that societal well-being bears no relation to per capita income. They’ve also found that the symptoms of inequality trouble all levels of society. Across the board, mental health, levels of violence and addiction, even life expectancy are affected by the psycho-social stress caused by income gaps and status anxiety.

In the UK, The Spirit Level won support from politicians both left and right. Wilkinson, who is Professor Emeritus of Social Epidemiology at the University of Nottingham, also cofounded The Equality Trust, a nonprofit that aims to reduce income inequality by educating and engaging the public while supporting political commitment to address the problem.

He says: "While I'd always assumed that an equal society must score better on social cohesion, I never expected to find such clear differences between existing market economies."

“If you follow the rule of thumb that no book on a matter of political controversy is worth buying until it has been roundly denounced, then "The Spirit Level" is an essential purchase.” — Nick Cohen, The Observer 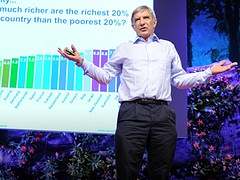 What does inequality do to our bodies and minds? A social psychologist and an epidemiologist discuss

The damaging effects of inequality

in 2012, CEO pay was 202.3 times more than typical worker pay. Inequality activist and co-founder of the Equality Trust, Richard Wilkinson explains why he believes that such obvious disparity could provide the political will for systemic change.

An update from Richard Wilkinson

“If there is this big difference, with some people worth everything and other people worth nothing, where do you come?” So asks Richard Wilkinson in the trailer for the forthcoming documentary based on his influential book The Spirit Level. Wilkinson, an epidemiologist, spent his career examining health issues caused or worsened by poverty and inequality — […]