Entrepreneur
Red Ventures @RicElias
Ric Elias is the CEO and cofounder of Red Ventures, a portfolio of fast-growing digital businesses.

Ric Elias was given the gift of a miracle: to face near-certain death, and then to come back and live differently.

A native of Puerto Rico, Elias attended Boston College and Harvard Business School before starting his career as part of GE's Financial Management program. He cofounded Red Ventures in 2000, just months before the dot-com bubble burst. The company weathered the storm; by 2007 it was ranked fourth on the Inc. 500 list, and in 2015 the company was valuated at more than $1 billion. Elias has cultivated an award-winning company culture, ranking as a "Best Place to Work" in Charlotte, North Carolina, for ten years in a row.

Elias's leadership style and personal life are deeply influenced by his experience as a survivor of Flight 1549, also known as the "Miracle on the Hudson." He is devoted to using his platform to "leave the woodpile higher than he found it" -- spinning out multiple nonprofits from Red Ventures over the years, all of which are aimed at creating educational opportunity and economic mobility for under-served groups. In 2018, Elias launched Forward787, a social enterprise committed to raising and deploying $100 million to build businesses in Puerto Rico that compete with the world's top companies. In 2019, he launched a podcast, 3 Things with Ric Elias, as a continuation of the learning journey he shared on the TED stage. 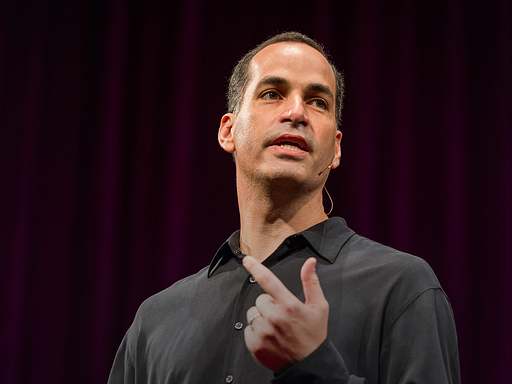 3 things I learned while my plane crashed