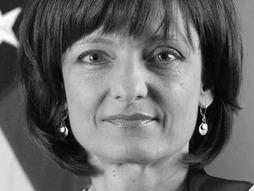 Former director of DARPA
Wired: "The Inside Story of the Moto X"
As director of the Defense Advanced Research Projects Agency (DARPA), Regina Dugan oversaw the US armed forces' innovation engine. Now she deploys the same research tactics at Google.

Businesswoman and technology developer Regina Dugan achieved national prominence when she became the first woman in charge of Darpa, the Pentagon's research arm. Dugan earned a reputation as a motivator and creative thinker, spurring non-traditional projects like a nationwide contest to find hidden balloons in order to test the power of social networks for intelligence gathering.

In a previous stint at the agency, Dugan investigated mine-detection technology, and her work wasn't limited to the lab. In Mozambique she drove a mine-clearing vehicle during a live detection exercise. Dugan currently is senior vice president at Motorola, where her mission is to advance the company's technology, which one day may include password tattoos. Ask her and she may show you hers.

“Our singular mission is the prevention and creation of strategic surprise.” — Regina Dugan 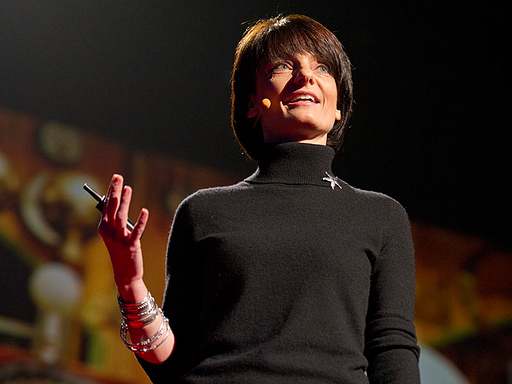 From mach-20 glider to hummingbird drone

In 1998, aircraft designer Paul MacCready gave a live demo of his two-ounce unmanned surveillance drone on the TED stage in Monterey. “You see what it sees. Imagine you’re a fly,” he told the assembled audience, who watched the drone’s footage projected onto the screen in front of them. (The moment is captured in the […]

Watch how drones have been presented on the TED stage in various ways over 15 years.

How do you pick the 10 thinkers in the world whose ideas are making the biggest ripples? It’s a task sort of akin to asking: which are the 10 most beautiful flowers in a meadow? Luckily, we don’t have to answer this intimidating question. Because CNN is all over it. Today, CNN Tech published “The […]