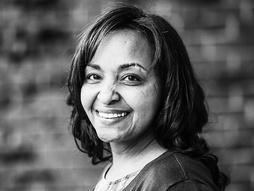 Rahwa Ghirmatzion is the executive director of People United for Sustainable Housing (PUSH Buffalo), a community organization that works at the grassroots to create and implement a comprehensive revitalization plan for Buffalo, New York's west side, with more than 60 million dollars invested in affordable housing rehabilitation, weatherization and green infrastructure.

Born in Asmera, Eritrea, in the middle of a civil war, Ghirmatzion came with her family to western New York as a refugee from Sudan when she was eight. She was educated in Buffalo Public Schools and SUNY at Buffalo.

As executive director of PUSH Buffalo, Ghirmatzion oversees the organization's programs and day-to-day operations, which have grown to include housing construction, weatherization, solar installation, job training and a youth center as well as outreach and advocacy on public policy issues facing urban communities.

For more than 20 years, Ghirmatzion has worked with community-based organizations in western New York that promote socially just community development. She was executive director of Ujima Company, Inc., a multiethnic professional theater company whose primary purpose is the preservation, perpetuation and performance of African American theatre. She is also a community health worker and past trainer for the Community Health Worker Network of Buffalo and a founding board member of the Partnership for the Public Good (PPG), a local think and do tank. 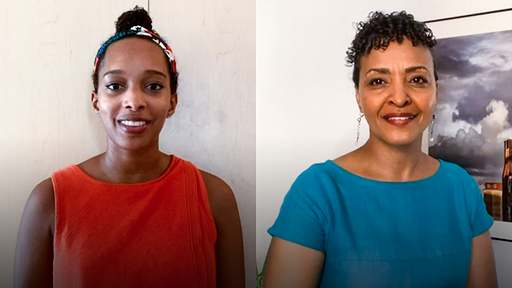 Community-powered solutions to the climate crisis

Breakthroughs: Notes from Session 4 of the Countdown Global Launch

Countdown is a global initiative to accelerate solutions to the climate crisis. Watch the talks, interviews and performances from the Countdown Global Launch at ted.com/countdown. The world around us is mainly made of two things: nature and the materials that we extract from it. To fight climate change, we need to protect and regenerate nature […]