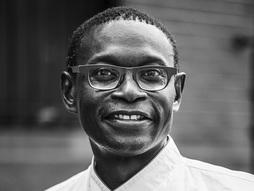 Chef
pierrethiam.com Yolélé
Pierre Thiam shares the cuisine of his home in Senegal through global restaurants and highly praised cookbooks.

Pierre Thiam is a celebrated chef, restaurateur, author, entrepreneur and environmental activist. Born and raised in Senegal, he is known for his innovative cooking style, at once modern and eclectic yet rooted in the rich culinary traditions of West Africa. He is the founder of Yolélé, which distributes African food products around the world, including fonio, a climate-friendly and nutritious ancient grain from the Sahel region of West Africa. His critically acclaimed New York restaurant Teranga, located in Harlem and in Midtown, introduces healthy fast-casual fare directly sourced from farmers in West Africa.

Thiam is the author of three cookbooks including his latest, The Fonio Cookbook. He has won numerous awards and accolades for his cooking and advocacy. He is on the board of directors for two global nonprofits, IDEO.org and SOS Sahel, and on the advisory board of the Culinary Institute of America. He lives in the Bay Area with his wife, daughter and dog, Malcom.

Interested in booking Pierre Thiam to speak at your event? Check out the TED Speakers Bureau to learn more. 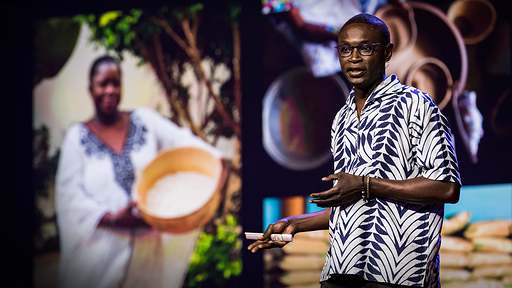 A forgotten ancient grain that could help Africa prosper

Two African cooks walk into a bar; 30 seconds later they are arguing over whose country’s jollof rice is better. Or so the corny joke would go. The truth is, I really had no idea what would happen if we got Senegal-born chef Pierre Thiam (TED Talk: A Forgotten Ancient Grain That Could Help Africa […]

This is how to make Pierre Thiam’s fonio sushi

If you’ve seen Pierre Thiam’s TED Talk about fonio, then you saw that part when he actually handed food out to the audience, yes? For those who didn’t know to sit in the front rows to receive that blessing (or couldn’t be there in the first place), and don’t mind rolling up their sleeves in […]