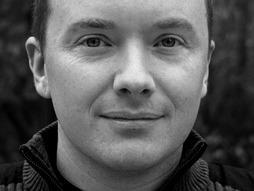 Multimedia artist
Website: PhilintheCircle.com Twitter: @PhilintheCircle Book: Tattoo a Banana
Taking a cue from his own artistic journey, Phil Hansen challenges us to spark our creativity by thinking inside the box.

As an art student, Phil Hansen’s intense style of pointillism led to a tremor in his hand and a diagnosis of nerve damage. Devastated, he dropped out and lost his way ... until a neurologist suggested he “embrace the shake.” That piece of advice tweaked Hansen’s point of view and sent him on a quest to invent different approaches to making art by embracing personal and universal limitations.

Hansen challenged himself to create art using unconventional materials (dandelion puffs, matches, live worms, hamburger grease) and canvases (a stack of Satrbucks cups, his torso, bananas). The resulting time-lapse videos of his creative processes are his meta-art, showing that art is action, not just results. Through an integrated view of what sparks creativity, Hansen has devoted himself to teaching others the approaches to creativity that have changed both his outlook and his artistic endeavors. You can read more in his 2012 book, Tattoo a Banana.

Hansen has just started a new project via Kickstarter, inviting people to share their stories of overcoming limitations with him. Anyone who calls him at 651-321-4996 and tells him their story will become a part of the work, the creation of which is watchable on a live feed. 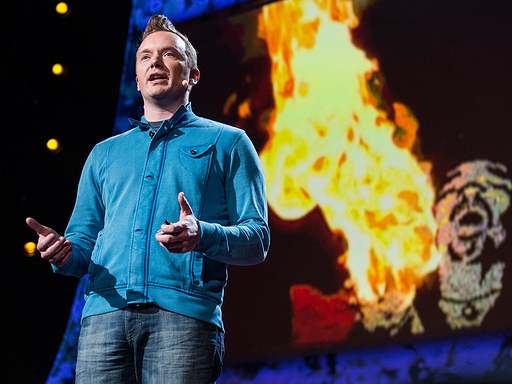 What can you learn from creating an Edgar Allan Poe portrait with 7,000 worms?

Making a giant, 8-foot-by-10-foot portrait of Edgar Allan Poe with thousands of earthworms was just as messy and complicated a project as it sounds, but it was also incredibly fulfilling. Here’s how -- and why -- artist Phil Hansen did it and what he took away from process.

How do you make the world’s biggest connect-the-dots?

Phil Hansen ended up using an amazing 52,901 dots to draw this portrait in a process that was anything but child's play. On the way to setting a Guinness World Record, he had to solve many puzzles -- and wrestle with some demons.

Limitations, schimitations. At TED2013, Phil Hansen shared the story of how he thought his art career was over when he developed a severe hand tremor. Instead, by learning to “embrace the shake,” Hansen became a creative powerhouse, constantly coming up with new ways to transcend his limitation. And so we wondered: what if we asked […]