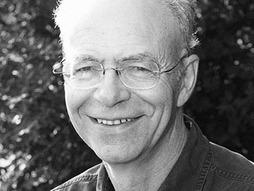 Peter Singer may be, as The New Yorker calls him, the planet’s “most influential living philosopher.” The Australian academic specializes in applied ethics, to which he takes a secular, utilitarian approach -- minimize suffering, maximize well-being. He gained recognition in the 1970s with his groundbreaking book Animal Liberation: A New Ethics for Our Treatment of Animals, which questions society’s tendency to put human needs above those of members of other species. And he draws fire from critics who object to his fascinating argument in favor of an obligation to help the global poor that sets the bar so high that it means we are almost all living unethically. His defense of euthanasia and infanticide, in some circumstances, has led to protests against his lectures and to teaching position at Princeton.

But Singer’s collective body of work is more acclaimed than controversial. He has written the classic text Practical Ethics and many other books, with more in progress. He lectures at Princeton, where he is professor of bioethics, and the University of Melbourne, where he is a laureate professor. You can find dozens of brief, brilliant essays at Project Syndicate, where Singer examines the philosophical questions surrounding current topics like Obamacare, computer piracy and obesity.

“Singer’s work is challenging, not because his writing is difficult to understand but because it is all too clear. He ... has a knack for pushing people out of their moral comfort zone.” — Scientific American, 10/22/12 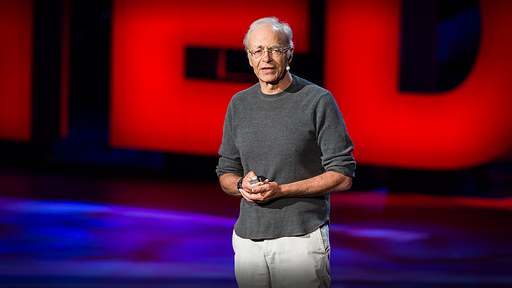 The why and how of effective altruism

The why and how of effective altruism: Peter Singer’s talk visualized

If you’re lucky enough to live without want, it’s a natural impulse to want to try and help others. But what’s the most effective way to give? This was the question philosopher Peter Singer asked in his 2013 TED Talk, given in Long Beach, California, and he shared some surprising thought experiments to help balance emotion […]

20+ resources for better giving and living a more altruistic life

Every day, most of us do something morally indefensible — we go about our lives without sending help to the 6.9 million children under the age of 5 who will die this year from poverty-related disease. In today’s talk, philosopher Peter Singer makes the case that ignoring these kids is as inhumane as ignoring a […]

Moral philosopher Peter Singer starts the last session of TED2013, “A Ripple Effect?” with a shocking video of a 2-year-old girl in China who was hit by a van — and then a second van — and ignored by passers-by as she lay dying in an alley. He asks of the audience: Would you have […]