Marine biologist
coml.org mun.ca/osc/psnelgrove
Paul Snelgrove led the group that pulled together the findings of the Census of Marine Life — synthesizing 10 years and 540 expeditions into a book of wonders.

From 2000 to 2010, the Census of Marine Life ran a focused international effort to catalogue as much knowledge as possible about the creatures living in our oceans. (It had never really been done before.) Some 2,700 scientists from 80 countries, on 540 expeditions, worked to assess the diversity, distribution, and abundance of marine life. More than 6,000 potential new species were discovered, amid scenes of ocean degradation, resilience, and wonder.

It was Paul Snelgrove's job to synthesize this mass of findings into a book. Snelgrove, a professor at Memorial University in Newfoundland who studies benthic sedimentary ecosystems, led the team that produced the book Discoveries of the Census of Marine Life, about the most important and dramatic findings of the CML: new species and habitats, unexpected and epic migration routes and changing distribution patterns. The census revealed how diverse, surprising, still vastly unknown, and tenacious life is in the oceans.

He says: "How to distill thousands of scientific papers and dozens of books into a coherent story? The answer was to lock myself in the basement, shut off email, and read, read, read."

“Dr. Snelgrove is able to convey the state of life in the world’s oceans and how this knowledge was achieved using his remarkable gift for storytelling — and what a story it is!” — Darlene Trew Crist 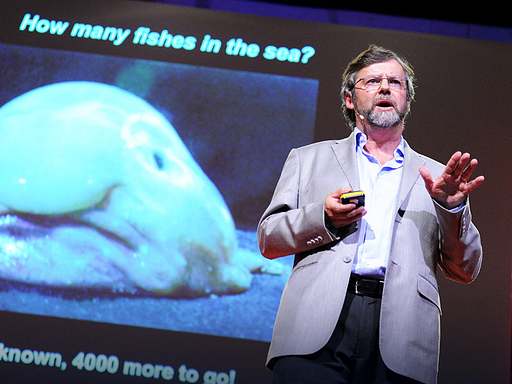 A census of the ocean