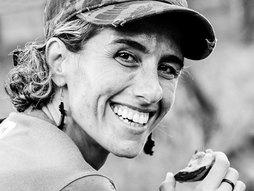 For the past 20 years, Patrícia has been working for a Brazilian non-governmental organization called IPÊ, Instituto de Pesquisas Ecológicas (Institute for Ecological Research), of which she was one of the founding members together with Cláudio and Suzana Padua. Since 1996, Patrícia has coordinated the Lowland Tapir Conservation Initiative in Brazil. Since 2000, Patrícia has been the Chairperson of the IUCN/SSC Tapir Specialist Group (TSG), a network of over 120 tapir conservationists from 27 different countries worldwide. 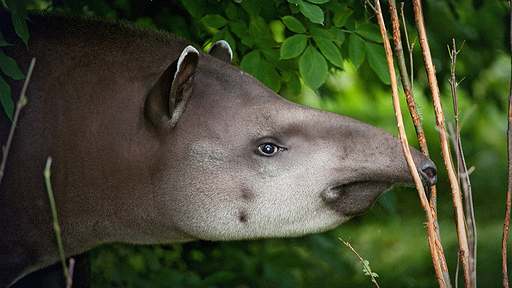 The coolest animal you know nothing about ... and how we can save it

Chances are, you don’t know much about tapirs. Don’t feel bad; neither do scientists. TED Fellow and conservationist Patricia Medici shares photos of the lowland tapir and explains why these elusive creatures provide far more than just your day’s “awww, cute!” moment.

The music of sign language, a computer of water drops: 21 TED Fellows share ideas that swim against the tide

Tides are strong. They move swiftly, sweeping all toward the shore. But TED Fellows refuse to simply drift with the water. They are innovators, advocates and artists who challenge the status quo and work in the spaces between disciplines. At the second TED Fellows Retreat — held from August 25-28, 2015, and themed “Swimming Against the Tide” — about […]

If you want to call someone a “jackass” in Brazil, you call them a “tapir.” These large, forest-dwelling mammals look a bit like a cross between a wild boar and an anteater. And while they’re often derided, they are truly amazing animals. Brazilian conservation biologist Patricia Medici is utterly devoted to tapirs. When this TED Fellow first started working with […]