There seem to be two leading views of globalization: either that it is done and the world is flat (a view popularized by Tom Friedman) or that it has led to a world dominated by corporations (Naomi Klein). Pankaj Ghemawat disagrees with both -- and his case, backed by data, can be convincing. His most recent book, World 3.0, based on extensive research and backed up with abundant data, explores the true face of globalization--and shows that the world is not one vast market, but many small, interconnected, discrete entities, with varying degrees of openness to one another. That even the most open economies are still relatively closed. That we live in a world of semi-globalization at best. Ghemawat also refutes the assumption that globalization leads to homogeneization. According to The Economist, World 3.0 “should be read by anyone who wants to understand the most important economic development of our time.”

Ghemawat is a professor of strategic management at IESE Business School in Spain. In his latest work, he explores another kind of networked economy--the cross-border "geography" of Facebook and Twitter followers.

“He refutes the idea that there is a single global economy...Instead, he argues, on the basis of various economic measures and indicators, nations are much more disconnected than we imagine. Regional differences exist and matter.” — Harvard Business Review's "Thinkers50," 2011 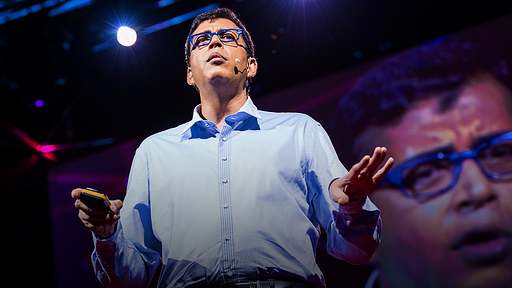 [ted id=1593 width=560 height=315] Pankaj Ghemawat coined a new phrase in his talk from TEDGlobal: “globaloney.” In other words, Ghemawat takes issue with the idea that national borders are eroding and that we are all just living in “one world.” It’s a notion Ghemawat says was first floated in the 1850s by David Livingston, the Scottish […]

Pankaj Ghemawat is the author of Global 3.0: Global Prosperity and How to Achieve It, and he takes the stage to ask an important question: Just how global are we really? It’s not a new question, of course. It’s one that David Livingstone first floated back in the 1850s, and one that’s been popularized by writers such […]