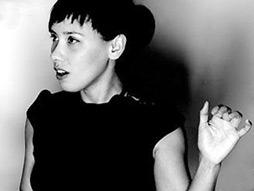 Theremin player
Home: PameliaStickney.com Website: Composer David Mash Film: Moog
Pamelia Kurstin excavates a dusty artifact from the prehistoric strata of electronic music — and demonstrates how to squeeze soul from an instrument you can't even touch.

The theremin, the first electronic instrument ever invented, was on the brink of historic oblivion when it was rescued from obscurity by director Steven Martin's classic 1994 documentary Theremin: An Electronic Odyssey . And while a few brave souls have sought to master this temperamental instrument since then, none have done so with more sly effervescence than Pamelia Kurstin.

From the rock-steady composure she assumes behind the instrument (necessary lest her breathing drive the sensors out of tune), one might presume a shrinking conservatory personality, but a quick glance at the MySpace page of the self-described "bird-punching rollerskating thereminist" will quickly dash any of these quaint notions. Far from being a quirky curiosity, however, Kurstin is a sensitive, emotional stylist capable of coaxing sublime melodic content out of an instrument usually doomed to B-movie sci-fi soundtracks. (And her walking bass imitation is pretty cool too.)

Born in Los Angeles, Kurstin currently resides in Vienna, and performs with her latest project Blueblut, among many others. Her latest solo CD, Thinking Out Loud, was released in 2007 on John Zorn's legendary Tzadik label. She'll bathe your dog and give you a haircut ("if you're daring," she warns) in exchange for a six-pack.

“Eclectic barely cuts it. Like the more familiar chameleons, Josh Redman, Herbie Hancock, Chick Corea, Branford Marsalis and many others normally associated with jazz, electronica, even classical, Pam Kurstin represents the most recent version of the eclectic, improvising musician” — allaboutjazz.com 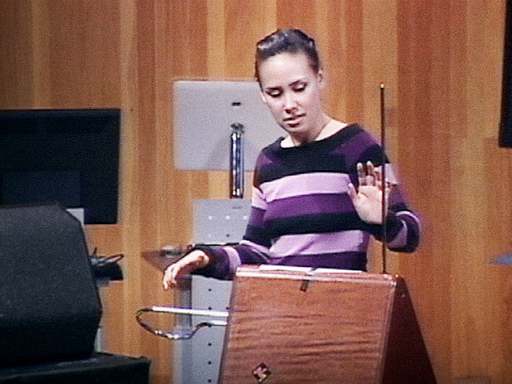 The untouchable music of the theremin

Steep yourself in the delightful tones of this homebrew theremin, built with a mug of tea: Theremug from Kyle McDonald on Vimeo. The latest in TEDBlog’s chronicle of the evolution of untouchable music, it joins this cool Wii remote hack. Thanks for the tip via Posterous, reflectionof.me

In an ingenious geek-out that’s almost too perfectly suited for TED, designer Ken Moore presents a much-anticipated hack of the Nintendo Wii Remote: a theremin. It seems to be a nearly serendipitous merger of TEDTalks by thereminist Pamelia Kurstin and Wii hacker Johnny Lee. Has anyone seen other hybridized Ideas Worth Spreading (coincidental or not)? […]