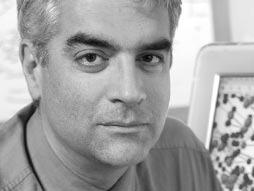 Physician, social scientist
nicholaschristakis.net Connected TED Blog: Q&amp;A
Nicholas Christakis explores how the large-scale, face-to-face social networks in which we are embedded affect our lives, and what we can do to take advantage of this fact.

People aren't merely social animals in the usual sense, for we don't just live in groups. We live in networks -- and we have done so ever since we emerged from the African savannah. Via intricately branching paths tracing out cascading family connections, friendship ties, and work relationships, we are interconnected to hundreds or even thousands of specific people, most of whom we do not know. We affect them and they affect us.

Nicholas Christakis' work examines the biological, psychological, sociological, and mathematical rules that govern how we form these social networks, and the rules that govern how they shape our lives. His work shows how phenomena as diverse as obesity, smoking, emotions, ideas, germs, and altruism can spread through our social ties, and how genes can partially underlie our creation of social ties to begin with. His work also sheds light on how we might take advantage of an understanding of social networks to make the world a better place.

At Yale, Christakis is a Professor of Social and Natural Science, and he directs a diverse research group in the field of biosocial science, primarily investigating social networks. His popular undergraduate course "Health of the Public" is available as a podcast. His book, Connected, co-authored with James H. Fowler, appeared in 2009, and has been translated into 20 languages. In 2009, he was named by Time magazine to its annual list of the 100 most influential people in the world, and also, in 2009 and 2010, by Foreign Policy magazine to its list of 100 top global thinkers

The hidden influence of social networks 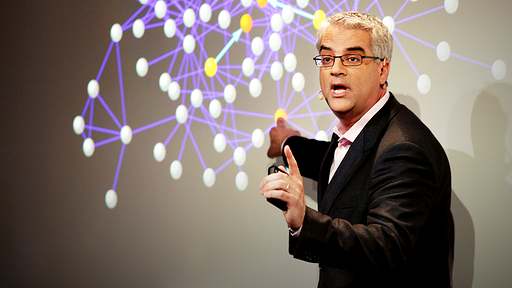 Behold, your recap of TED-related news: The truth about couples. Ever wonder what goes on in couples therapy? You may want to tune in to Esther Perel’s new podcast “Where Should We Begin?” Each episode invites the reader to listen to a real session with a real couple working out real issues, from a Christian […]

The TEDBlog caught up with physician and social scientist Nicholas Christakis just before his talk posted to ask him a few questions about social networks and how they affect our everyday lives. The conversation turned to evolution, Facebook, Twitter, online dating — with a quick tip on what you should be doing to speed up […]

The hidden influence of social networks: Nicholas Christakis on TED.com

We’re all embedded in vast social networks of friends, family, co-workers and more. Nicholas Christakis tracks how a wide variety of traits — from happiness to obesity — can spread from person to person, showing how your location in the network might impact your life in ways you don’t even know. (Recorded at TED2010, February […]