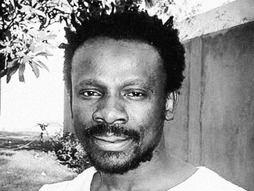 Filmmaker
Film: Ezra Blog: Ethan Zuckerman on Newton Aduaka
Newton Aduaka's award-winning Ezra, told through the eyes of a young boy in Sierra Leone, illuminates one of the most harrowing consequences of war: the recruitment of child soldiers.

Born in Eastern Nigeria, Newton Aduaka and his family moved to Lagos in 1970 at the end of the Biafran War.  In 1985 he left for England to study engineering, but discovered cinema. He graduated from the London International Film School in 1990, and in 1997 established Granite Film Works. In 2001, Aduaka's debut feature film, Rage, became the first wholly independently financed film by a black filmmaker in the history of British cinema to be released nationwide. It opened to critical acclaim. He has made many short films as well.

Between 2005 and 2007, he co-wrote, directed and executive-produced Ezra, his first non-independently funded film, for Arte France. The film won the Grand Jury Prize at several film festivals, including FESPACO, Durban, Amiens and Balafon, and was an official selection at Sundance and Cannes.

“Remembering the Biafra war and its transformative effect on his life, he reminds us, 'Africa should go forward, but we must look backwards so we don’t forget.'” — Ethan Zuckerman, My Heart's in Accra 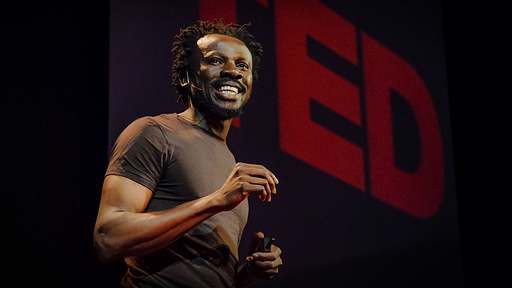 The story of Ezra

Telling the story of Ezra, a child soldier: Newton Aduaka on TED.com

Filmmaker Newton Aduaka shows clips from his powerful, lyrical feature film Ezra, about a child soldier in Sierra Leone. (Recorded June 2007 at TEDGlobal 2007 in Arusha, Tanzania. Duration: 18:43.)   Watch Newton Aduaka’s talk from TEDGlobal 2007 on TED.com, where you can download this TEDTalk, rate it, comment on it and find other talks […]

From blogger Jennifer Brea: "Writing A New Story About Africa"

Beijing-based blogger Jennifer Brea is one of 100 Fellows attending TEDGlobal. She’s the Francophonia editor for Global Voices, and a prolific and powerful blogger about Africa. I love what she wrote about rethinking media coverage of Africa. Just an excerpt below. Read the full post here. The first day’s speakers–Euvin Naidoo, Andrew Mwenda, Carol Pineau, […]

We began session two looking back to … session one. Bono offered an unscheduled talk, taking on the anti-aid stance of journalist Andrew Mwenda, articulated earlier that day. (A bit of background: Bono’s moving 2005 TED Prize acceptance speech helped ignite within the TED Community a heightened interest in Africa, and led quite directly to […]