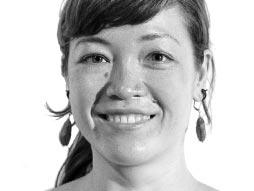 Miwa Matreyek's work blurs the line between real and unreal. In live works that integrate animation, performance, and video installation, she explores how animation changes when it is combined with body and space (and vice versa). In her video projects, animation takes on a more physical and present quality, while body and space take on a more fantastical quality.

On one hand, Matreyek's performance can be viewed as a cinematic experience taking place on a screen. On the other hand, what is seen on the screen is a collapsed product of multiple layers of animation, objects and body. Her work exists in a juxtaposition of illusion and nonillusion. Matreyek is also a founding member of the performance media group Cloud Eye Control, which makes theatrical productions with cleverly integrated animation projections.

The piece Matreyek performs at TEDGlobal 2010 is an abridgement of the work "Myth and Infrastructure."

“She seamlessly combines the would-be-separate mediums of performance art, animation, sculpture and music to create a simultaneously whimsical and intricate experience.” — FineArtsLA.com 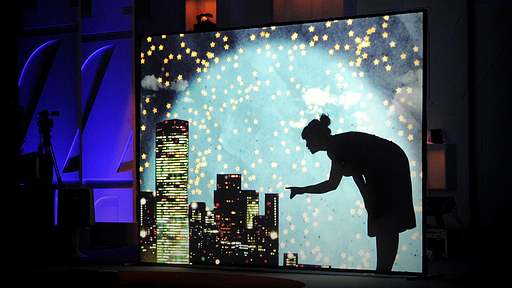 Glorious visions in animation and performance

A fantastical interpretation of the earth’s formation: Science and surreality meet in Miwa Matreyek’s new performance

In the opening of Miwa Matreyek’s TED performance, a pair of shadowy hands wave over a plate, and an apple halves itself. From there, goldfish swirl around the plate, before morphing into birds and flying away. For the first minute, you think you are watching video — an intricate blend of real-life footage and animation. […]

A fantastical interpretation of the Earth’s formation

Glorious visions from animation and shadow: Miwa Matreyek on TED.com