Athlete, activist
mindadentler.com @mindadentler facebook.com/mindadentler
A record-setting triathlete, Minda Dentler is a polio survivor committed to inspiring people to move beyond their fear of failure and achieve their goals.

Minda Dentler's life is one of inspiration, courage and determination. As an infant in India, she contracted polio, resulting in the paralysis of her legs, and was left at an orphanage. When she was three, she was adopted by an American family which enabled her to receive the medical care necessary to be able to walk with leg braces and crutches.

Undeterred by her disability, Dentler became an independent woman with the intention and drive to face and overcome the many obstacles she has encountered throughout her life. As an adult, she discovered athletics and threw herself into the sport of triathlon. In 2013, she became the first female wheelchair athlete to complete the Ironman World Championship, in Kona, Hawaii.

Dentler is an athlete, speaker, advocate and mother. She has been featured on CNN, Forbes and NBC. She has written for Huffington Post and TIME, advocating for the eradication of polio. She was a 2017 Aspen Institute New Voices Fellow. She works for a large global insurer and, with her husband, is raising a young daughter. She's committed to inspiring people to move beyond their fear of failure and achieve their goals. 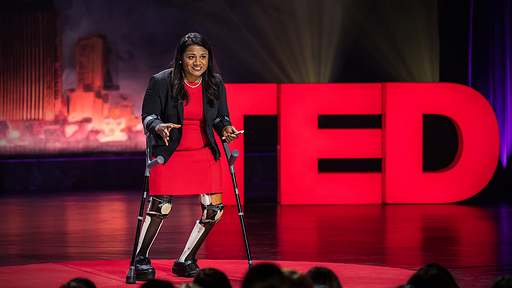 What I learned when I conquered the world's toughest triathlon