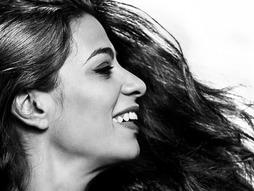 Early in her acting career, Maysoon Zayid realized she'd get a lot more stage time if she showed off how funny she was. As she told the BBC, "It became very obvious to me that in the United States of America, a fluffy ethnic disabled chick was never going to get a job unless she did stand-up."

A Palestinian woman from New Jersey, Zayid jokes about her family, global culture, and her life with cerebral palsy. Along with Dean Obeidallah, she founded the New York Arab-American Comedy Festival, now in its 10th year. She spends several months of the year in the Palestinian Territories running workshops for disabled and orphaned kids in refugee camps, using art to help them deal with trauma. And yes -- if you're an Adam Sandler fan, you'll recognize Zayid as the woman behind the beauty-shop counter in You Don't Mess With the Zohan.

“Listening to the Palestinian-American combating stereotypes of Islam and Arabs with humor, touching on American political affairs, verbally frying male-dominated Hollywood, or addressing the question of Palestine and Israel, it’s hard to get a handle on her, and some come away asking, “What’s the deal with this Maysoon Zayid?”” — Rolling Stone 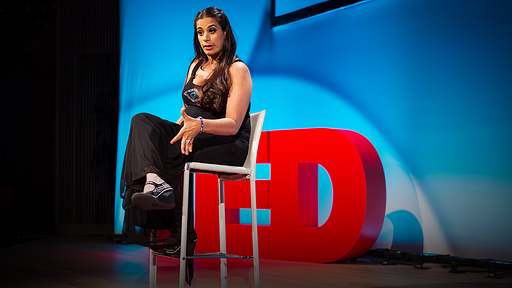 As usual, the TED community is making headlines. Below, some highlights. Does local action make a difference when fighting climate change? Environmental scientist Angel Hsu teamed up with experts at several climate research institutes on a fascinating new report about the potential effects of local action in reducing greenhouse gas emissions globally. Hsu synthesized data […]