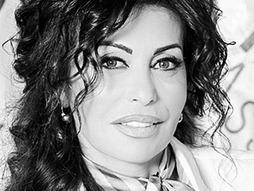 The beautiful city of Beirut, Lebanon, has seen its share of tragedy, as a seat of Lebanon's long-running civil war (1975-1990) and the Israeli-Lebanese conflict that came to a head in 2006. But in 2003, May El-Khalil, a local sports official, decided: It's time to start a marathon, open to all, as an antidote to sectarianism. And despite ongoing political and security pressure, the Beirut Marathon, now entering its 11th year, has become not only the largest running event in the Middle East but a powerful force for peace.

El-Khalil was inspired to start the marathon after a personal tragedy: a near-fatal running accident. Doctors told her she would never run again. She was hospitalized for two years and had to undergo a long series of surgeries. But the resolve from this personal struggle created an event that, each year, draws runners and fans from opposing political and religious communities in a symbolic act of peace. Case in point: In 2012, on a rainy and windy November day, more than 33,000 runners turned out. Other countries around the region are now thinking of replicating this model.

“Indeed, as the Middle East fractures under the weight of disparity, the Beirut Marathon continues to unite.” — Debra Witt, Runner's World 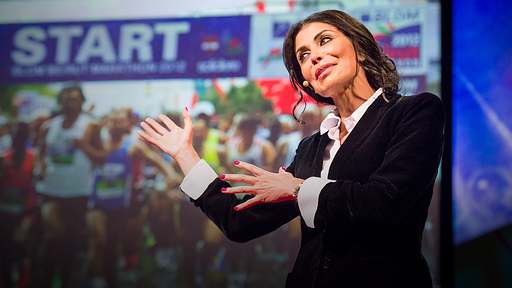 Making peace is a marathon

More news and ideas from May El-Khalil

Every runner has a story. Five years ago, I would never have imagined using the word “marathoner” to describe myself; I could barely run around the block, much less 26.2 miles. But one autumn Sunday, I woke up to the sounds of cheering and live music; the New York City Marathon was passing right outside […]

Yes, a marathon is about running 26.2 miles. But as May El-Khalil describes in today’s talk, a marathon can also be about so much more — a chance for people to come together and celebrate the human spirit. El-Khalil is the founder of the Beirut Marathon and, in this talk, she describes how a personal […]

Making peace is a marathon: May El-Khalil at TEDGlobal 2013

The founder of the Beirut Marathon, May El-Khalil tells us how personal tragedy led her to create a peaceful haven in her all-too-often war-torn country. When the former long-distance runner was hit by a truck and left unable to perform as she had before her accident, she turned her efforts to organizing races. “I needed […]