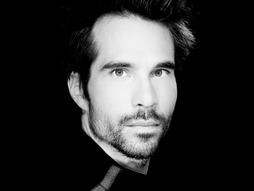 The musician who plays otherworldly music on one-of-a-kind instruments, the genius who designs the instruments inspired by a woman's body, and the photographer they both love. An old-fashioned love triangle is at the heart of Mars et Avril, a bold and dreamy sci-fi story set in a future Montreal where the Champ-de-Mars subway line takes you right out to Mars. While many sci-fi films have budgets exceeding $100 million, this incredible arthouse version was made for just $2 million thanks to the bold creativity of filmmaker Martin Villeneuve.

By taking his time on the project, asking the best creatives for favors and approaching problems as exciting challenges, Villeneuve has made a movie that seemed impossible. The film has shown at festivals, and is available on DVD. Villeneuve is currently working on securing international distribution for the work.

Villeneuve made the film based on his two graphic novels, also titled Mars et Avril. Villeneuve is the former artistic director for the ad agency Sid Lee that works with Cirque du Soleil. Among other projects, he's now working with comic book masters Benoît Sokal and François Schuiten on an animated fantasy feature film, Aquarica, and on a sci-fi movie with Pressman Film, tentatively titled The Other World. 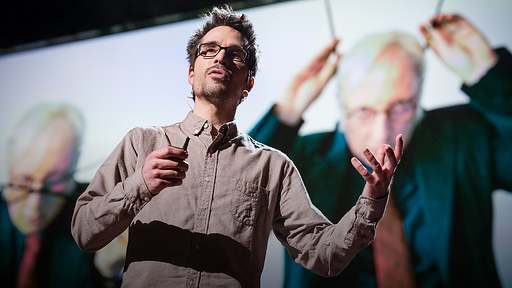 How I made an impossible film

10 jaw-dropping images from the film “Mars et Avril,” and how the magic was created

Science-fiction films do not come cheap. Star Trek Into Darkness reportedly had a budget of $190 million, while the Will and Jaden Smith vehicle After Earth, which opens this weekend, cost $130 million. (Side note: Jaden Smith recently shared with New York Magazine that his dad watches “hours and hours of TED Talks.”) That’s why it’s so thoroughly amazing that Mars […]

A sci-fi film with a $2 million budget: Martin Villeneuve at TED2013

Martin Villeneuve’s Mars et Avril is a luscious sci-fi film, set in Montreal 50 years in future, where the subway line takes you straight to Mars. It’s a dreamy love story in which the acting is top-notch, the shots are stunning and the visual effects unreal. And Villeneuve made it all for $2.3 million. To put that in perspective, […]

Once you dream, you have to do. The speakers in Session 6 have spent their careers giving form to ideas. They are makers, builders, artists and implementers — all with fascinating ideas about what it means to be a creative person. The speakers who appeared in this session. Click on their name to read a […]