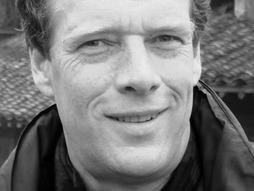 Ecological entomologist
Home: Entomology at Wagenigen University
Marcel Dicke wants us to reconsider our relationship with insects, promoting bugs as a tasty — and ecologically sound — alternative to meat in an increasingly hungry world.

Marcel Dicke likes challenging preconceptions. He demonstrated that plants, far from being passive, send SOS signals by emitting volatile substances when under attack by pests, attracting carnivorous insects to eat their enemies. Dicke opened a new field of research and won the NWO-Spinoza award, the Dutch Nobel prize. Now he wants to change Western minds about insects -- especially insects as food.

"People hate bugs, but without insects we might not even exist," he says. Dicke's PR crusade began in the 1990s, as a lecture series. Then his team made world headlines when they convinced 20,000 people to attend an insect-eating festival in Waginegen. Today, Dicke leads what he says is fast-growing research into insect agriculture, and predicts that insects will be on Dutch supermarket shelves this year. And does the former vegetarian eat bugs? "At least once a week. Locusts are nice cooked with garlic and herbs, served with rice or vegetables."

“Researchers have been unraveling [the] complex interactions between plants and insects since the 1980s, when Marcel Dicke says he was 'the first to show that plants communicate with the enemies of their enemies.'” — Sophie Wilkinson, Chemical & Engineering News 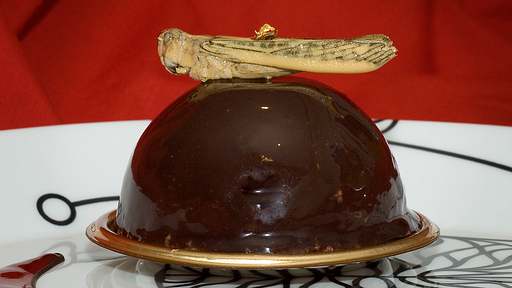 Why not eat insects?

Adventures in food: Q&A with Marcel Dicke, from Design Mind

The new issue of design mind has a great Q&A with today’s TEDTalks speaker, Marcel Dicke, in which he shares his first bug-eating experience: design mind: What were the first insects you ever tried? Marcel Dicke: It was dried, fried termites that Arnold van Huis brought back from Africa, where he’d been working. We were […]

Why not eat insects? Marcel Dicke on TED.com

Marcel Dicke makes an appetizing case for adding insects to everyone’s diet. His message to squeamish chefs and foodies: delicacies like locusts and caterpillars compete with meat in flavor, nutrition and eco-friendliness. (Recorded at TEDGlobal, July 2010 in Oxford, UK. Duration: 16:35) [ted id=1018] Watch Marcel Dicke’s talk on TED.com where you can download it, […]