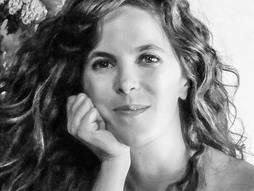 Textile artist
magdasayeg.com instagram.com/magdasayeg @knittaporfavor
Magda Sayeg uses handmade, eye-catching yarn bombs to shake up the way we see the world and make us notice things we hadn't seen before.

Considered to be the mother of yarn bombing, Magda Sayeg’s 10-year body of work includes the widely recognized knitted/crocheted covered bus in Mexico City as well as her first solo exhibit in Rome at La Museo des Esposizione. Her work has evolved to include large scale installations around the world including commissions and collaborations with companies such as Commes Des Garçons, CR Fashionbook, Absolut Vodka, Insight 51, Mini Cooper, Gap, Smart Car. She continues to participate in shows such as Milan's Triennale Design Museum, Le M.U.R. in Paris and the National Gallery of Australia, among others. Her installations have also been featured prominently at American monuments to contemporary culture, such as The Standard Hotel, South By Southwest and the Austin City Limits Festival.

Magda has most recently expanded her artwork to encompass new mediums and techniques as with her solo show in Rome, which explored the usage of lighting with knitted material. She continues to expand her boundaries by joining integrated media company 1stAveMachine as one of their directors which will serve as a platform for new types of experimentation and collaboration.

Recent projects include an installation for Dover Street Market in NYC covering a column spanning 6 floors and a knitted/crocheted Route Master Double Decker bus in London. 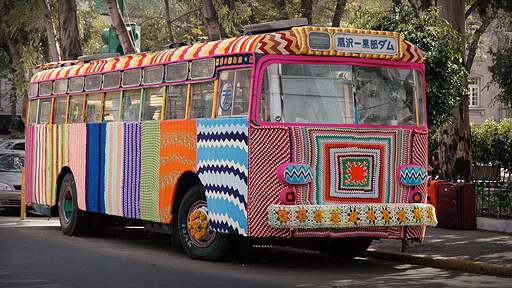 How yarn bombing grew into a worldwide movement