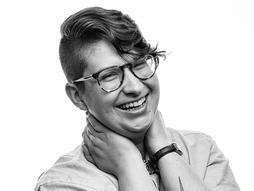 Lindz Amer writes, produces and cohosts Queer Kid Stuff, an original LGBTQ+ educational webseries for ages three and up. They also perform QKS music and stories at schools, museums, libraries and local LGBTQ+ community centers and are embarking on a six-city tour for the 2019-2020 school year. They recently executive produced a pride campaign to #SpreadQueerJoy in honor of the 50th Anniversary of the Stonewall Riots, which culminated in a celebratory music video.

Amer is the founder and CEO of Queer Kid Studios, a multimedia production company based in Portland, Maine, making queer-focused, intersectional all-ages media. The Huffington Post calls Queer Kid Stuff a "groundbreaking YouTube educational resource." Teen Vogue praised their episode on consent during the height of #MeToo, saying it "shows exactly why there's no excuse not to grasp consent. Even toddlers can understand it." And @shondarhimes tweeted she's "so here for this!" Amer is currently developing a children’s podcast focusing on social justice, and a narrative web series spin-off of QKS. They are also writing a picture book, and a full-length screenplay about a nonbinary kid!

Amer is a Creative Resident at SPACE on Ryder Farm, a TED Resident and were named a Rising Star by GLAAD, a Queero by them.us, were a Webby Honoree, and have received grants from the Made in NYC Women's Media Fund, the Awesome Project and VidCon's Emerging Creator program. 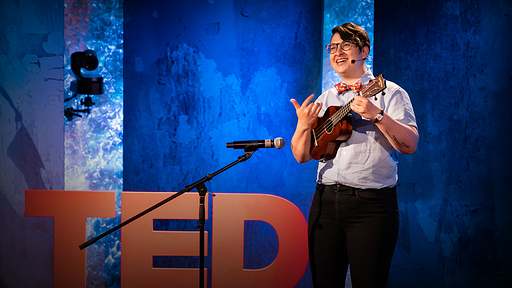 Why kids need to learn about gender and sexuality