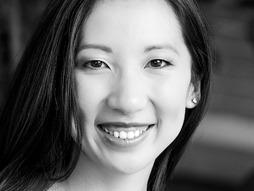 Dr. Leana Wen is the Baltimore City Health Commissioner. A physician and public health advocate, she has traveled the world listening to patients’ stories. Born in Shanghai, she was a Rhodes Scholar at Oxford, a reporter with The New York Times’ Nick Kristof, a fellow at the World Health Organization and the Director of Patient-Centered Care Research in the Department of Emergency Medicine at George Washington University.

Inspired by struggles during her mother’s long illness, she wrote When Doctors Don't Listen, a book about empowering patients to avoid misdiagnoses and unnecessary tests.

As an outspoken leader among a new generation of physicians, she served as President of the American Medical Student Association and as Chair of the International Young Professionals Commission. She also helped create Who’s My Doctor, a campaign for radical transparency in medicine. Read her own transparency statement, and find more resources on TEDMED.

In October 2015, she wrote a blanket prescription, or "standing order," in Baltimore City which covers anyone trained to administer naloxone, a medication that reverses the effects of drug overdoses. Under the order, medication will be available on demand to everyone with the proper training to use it, potentially saving many lifes that might have been lost to overdoses.

What your doctor won’t disclose