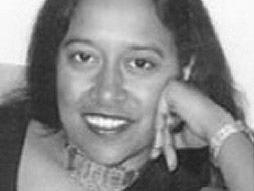 After two decades in marketing, venture capitalism and social entreprenuership, Lakshmi Pratury turned her focus toward linking her home country of India more tightly with the American community. Her firm, Ixoraa Media, runs meetings and events to spark dialogue and make connections. In 2009, she co-hosted TEDIndia and saw such a warm response to the conference that she founded The INK Conference, in partnership with TED, that would pick up where TEDIndia left off. Watch the INKTalks channel  to see some of the brilliant ideas shared at the INK Conference. Pratury blogs at Lakshmi's Lounge.

She worked at Intel for 12 years as a marketer and evangelist, then moved to a VC firm, Global Capitalist Partners. At GCP, she focused on connecting India's legendary software-development community with US tech. She began to focus more strictly on relationship-building with her move to the America India Foundation, where she founded the AIF's Digital Equalizer program, offering technology education to some 80,000 children and 2,000 teachers in India. She also launched the AIF Summit for social entrepreneurs from India.

“Q: What should a multicultural woman do to grow as a leader? A: I have always felt being a woman is an asset, being brown is an asset, having an accent is an asset. The thing that is most intrinsic to multicultural women is that they have great cultural sensitivities. Be comfortable with who you are and understand that you have an edge.” — Lakshmi Pratury interviewed on Invincibelle.com

The lost art of letter-writing

Once, Lakshmi Pratury says, she was deeply troubled by the public lives of young people on the Internet, but now she has hope — because the same kids who post their party pics online are also posting their political outrage. Her talk turns to a sad and shocking recent event: the gang-rape and torture of […]

Shhh … it’s time for Secret Voices, the 10th session of TED2013. Get ready to hear stories of the forgotten, marginalized, stigmatized and hidden. Our first speaker will make quite an entrance while the last will give a stirring finish, in spoken word. In between, thoughts on interspecies communication. Here, the speakers who appeared in […]

Lakshmi Pratury on how she finds speakers for TEDIndia

TEDIndia co-host Lakshmi Pratury is touring India in the months leading up to the conference, on the lookout for the interesting new ideas and trends sprouting all around India. Below, hear her report from Bangalore; and find more video reports from Lakshmi on her site, Lakshmi’s Lounge. More Lakshmi video: At yesterday’s announcement of the […]