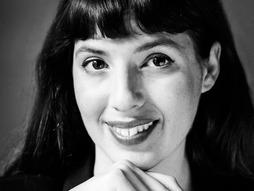 Cybersecurity expert
k3r3n3.com Twitter: @k3r3n3
Keren Elazari charts the transformation of hackers from cyberpunk protagonists to powerful hacktivists, lone rangers and digital robin hoods who are the unsung heroes of the digital frontier.

Today, she emerges with a new understanding of the hacker underworld. Information is the new currency of our digital society, and those who can control it have become powerful actors -- whether they choose to be heroes or villains. As she says, "Hacking has become a superpower that can positively impact millions worldwide – if we learn how to harness it.”

“Keren is a hacker by heart.” — Nicoletta Iacobacci, TEDxTransMedia

Hacktivism at the World Cup

A group of Brazilian hackers affiliated with Anonymous plans to join the escalating protests leading up to the World Cup this week. As they criticize government spending and inequality, they also shine light on the power of online protests.

Internet access is a basic human right: A Q&A with Keren Elazari

Two weeks ago, hours after Turkish prime minister Recep Tayyip Erdoğan vowed to “wipe out” Twitter, his government blocked access to the platform across the country. It was just weeks before a hotly contended election, and Erdoğan was upset about tweets accusing him of corruption. A judicial ruling in Turkey called for Twitter to take […]

Some hackers are bad. But a lot are good: Keren Elazari at TED2014

In 2010, the late security researcher — or as cybersecurity expert Keren Elazari would like you to call him, the late hacker — Barnaby Jack found a security flaw in two different models of automated teller machines (ATMs). Onstage at a tech security conference, he publicly demonstrated his ability to make these machines spit out […]