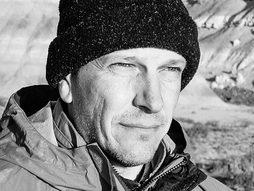 Paleontologist
@kenlacovara kennethlacovara.com TED Speakers Bureau
In his quest to understand the largest dinosaurs to have walked the Earth, Kenneth Lacovara blends exploration with the latest imaging and modeling techniques from engineering to medicine.

Paleontologist Kenneth Lacovara famously unearthed some of the largest dinosaurs ever to walk our planet, including the super-massive Dreadnoughtus, which at 65 tons weighs more than seven T.Rex.

When he's not excavating fossils from far-flung locations, Lacovara works on the cutting edge of applying 21st-century technology to the study of dinosaurs. By using 3D imaging, 3D printing, robotics, and medical modeling techniques, his work is helping to shift our perspective of giant herbivorous dinosaurs from their historic portrayal as hapless lumbering prey to that of fearsome, hulking, hyper-efficient eating machines.

Lacovara led the effort to create the Rowan University Fossil Park in suburban Mantua Township, New Jersey. The quarry preserves a rich cache of marine fossils that Lacovara is using to shed light on the calamitous events that wiped out the dinosaurs.

Interested in booking Kenneth Lacovara to speak at your event? Check out the TED Speakers Bureau to learn more. 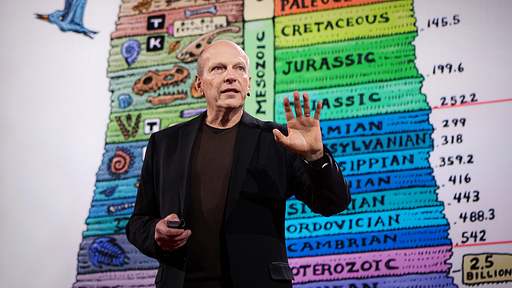 Hunting for dinosaurs showed me our place in the universe

As usual, the TED community is making headlines. Below, some highlights. A close look at the beauty and pain of hospice care. End Game, a short documentary that follows the last few days of terminally ill patients, is up for an Oscar this weekend. The heart-rending film highlights the work of doctors and caregivers — […]

They’ve become synonymous with the failure to adapt, but dinosaurs were actually marvels of speed, size, power and versatility, explains paleontologist Kenneth Lacovera. And they could represent one of our best hopes for the future.