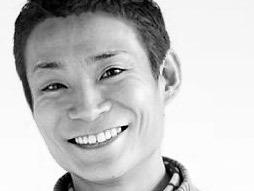 A self-taught dancer combining freestyle hip-hop with mime and contemporary dance, Kenichi Ebina incorporates visual illusion into his performances, making the impossible seem real. His agile, athletic and razor-sharp moves push the limits of human capability. Each of his performances is a mini-drama that draws from kinetic and thematic inspiration to tell a story that is laugh-out-loud funny.

Ebina is the founder of BiTriP (Bi-Triangle Performance), a hip-hop dance troupe that won the famous Amateur Night at the Apollo; later, as a solo performer, Kenichi again carried off the Apollo crown. He's a dancer, choreographer, teacher and performer, working with collaborators or on his own as Ebina Performing Arts.

Since his first full-evening solo show, at the Kennedy Center in Washington, DC in early 2008, he has performed for private audiences like Madonna and the Royal Family of the Kingdom of Morocco, and held shows around the world. And yes, in September 2013, he won the eighth season of America's Got Talent.

“I really do think Kenichi really deserves to win. The guy is an incredible talent, and for two reasons he deserves to win: Number one, he was great all season. And number two, he creates [his own material].” — Howard Stern, AGT All Access 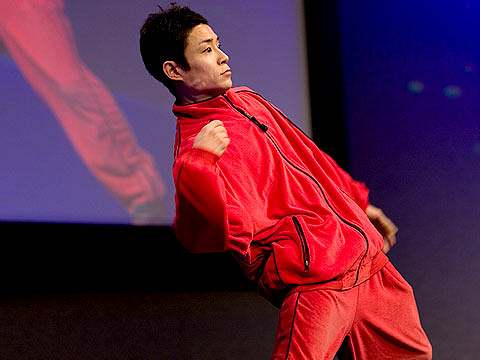 Dancer Kenichi Ebina moves his body in a manner that appears to defy the limits imposed by the human skeleton. He combines breakdancing and hip-hop with mime using movements that are simultaneously precise and fluid. (Recorded March 2007 in Monterey, California. Duration: 03:44.)   Watch Kenichi Ebina’s talk on TED.com, where you can download it, […]