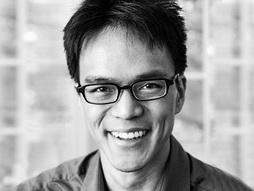 Behavioral economist
UCLA Articles Paper
Keith Chen's research suggests that the language you speak may impact the way you think about your future.

Does the future look like a different world to you, or more like an extension of the present? In an intriguing piece of research, Keith Chen suggests that your attitude about the future has a strong relationship to the language you speak. In a nutshell, some languages refer to the future using verb helpers like "will" and "shall," while others don't have specific verbs to refer to future actions. Chen correlated these two different language types with remarkably different rates of saving for the future (guess who saves more?). He calls this connection the "futurity" of languages. The paper is published in the American Economic Review, and has spurred a slew of research investigating this unexpected connection between language structure and basic economic behavior. Chen says: "While the data I analyze don’t allow me to completely understand what role language plays in these relationships, they suggest that there is something really remarkable to be explained about the interaction of language and economic decision-making. These correlations are so strong and survive such an aggressive set of controls, that the chances they arise by random lies somewhere between one in 10,000 and one in 10^32."

Chen excels in asking unusual questions to yield original results. Another work (with Yale colleague and TEDGlobal 2009 speaker Laurie Santos) examined how monkeys view economic risk--with surprisingly humanlike irrationality. While a working paper asks a surprising, if rhetorical, question: Does it make economic sense for a woman to become a physician?

"Chen was formerly Uber's Head of Economic Research and is a professor of economics at UCLA.

“The idea behind Chen's proposal is that every encounter with a distinct grammatical marker for future time creates a little mental nudge that leads to a conceptual partition between present and future time, and hence, a de-valuing of future benefits relative to present benefits.” — Julie Sedivy in Language Log 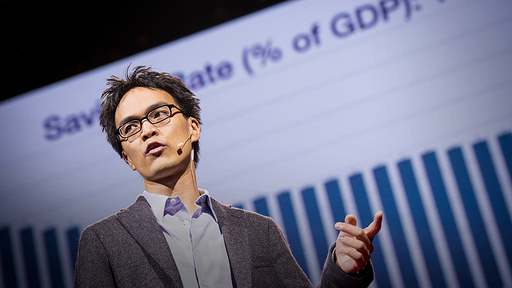 Could your language affect your ability to save money?

In short: An upworthy birthday, death in the 20th century

Here, some staff picks of smart, funny, bizarre and cool stuff on the interwebs this week: Happy Birthday, Upworthy! Here are 11 lessons our friends at Upworthy learned in their first year on the Internet. [Upworthy] Jay Horwitz, media relations director for the Mets, is the Barry Bonds of butt dialing. He frequently booty calls […]

How language can affect the way we think

Is there a connection between language and how we think and behave? Economist Keith Chen thinks so -- and he argues that our mother tongue even affects our economic decisions.

Economist Keith Chen starts today’s talk with an observation: to say, “This is my uncle,” in Chinese, you have no choice but to encode more information about said uncle. The language requires that you denote the side the uncle is on, whether he’s related by marriage or birth and, if it’s your father’s brother, whether […]