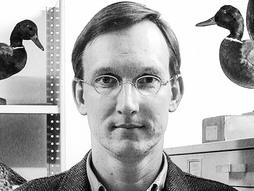 In Kees Moeliker's career (he's now curator of the Natural History Museum Rotterdam) he's rediscovered long-lost birds, such as the black-chinned monarch (Monarcha boanensis) on the remote Moluccan island of Boano in 1991. On the tiny West Papuan island of Boo he collected and named a new subspecies of fruit bat (Macroglossus minimus booensis).

Aaaaand he's the guy who observed and published the first scientifically documented case of homosexual necrophilia in ducks. For this, he was awarded the 2003 Ig Nobel biology prize, and that much-coveted award led him to appreciate that curiosity and humour can be powerful tools for scientists and science communicators.

Moeliker later used these tools to tell the world about two other notorious, complicated subjects: the brutally murdered ‘Domino’ sparrow and the feared disappearance of the once-ubiquitous pubic louse. He has pioneered unusual ways to engage international audience — to make people think about remarkable animal behaviour, biodiversity and habitat destruction.

Each year, on June 5, he organizes Dead Duck Day, an event that commemorates the first known case of homosexual necrophilia in the mallard duck. The event also raises awareness for the tremendous number of bird deaths caused, worldwide, by glass buildings. 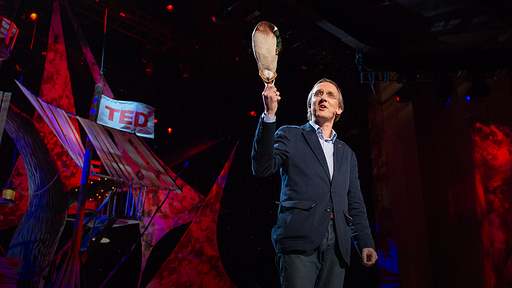 How a dead duck changed my life

Ode to a dead duck: A message from Carin Bondar for Dead Duck Day

It is Dead Duck Day 2015 — the 20th anniversary of the day in 1995 when a mallard duck flew into a glass window outside the Natural History Museum Rotterdam, fell to the ground dead, and then became part of the first scientifically observed instance of homosexual necrophilia in mallard ducks. Now, each June 5, curator Kees Moeliker […]

In 1995, Kees Moeliker heard a loud bang coming from the Natural History Museum Rotterdam’s new wing. He knew exactly what it was. A curator at the museum, Moeliker had gotten used to the sound of birds hitting the glass exterior of the new wing, and had even taken to stuffing the dead birds for […]

How a dead duck changed the TED audience’s life

In the days leading up to TED2013, we at the TED Blog revealed the best props at TEDs past and showed you the speakers who’d brought animals on stage with them. Little did we know that, on the day two of the conference, we’d meet a speaker who’d combine both. In today’s talk, given at […]