Tech entrepreneur
Home: Afromusing.com Home: Ushahidi.com TED Fellows: Bio
Juliana Rotich is the co-founder of Ushahidi, open-source software for collecting and mapping information — and of iHub, a collective tech space in Nairobi, Kenya. She is a TED Senior Fellow.

Juliana Rotich is co-founder and executive director of Ushahidi, a nonprofit tech company, born in Africa, that develops free and open-source software for information collection, interactive mapping and data curation. Ushahidi builds tools for democratizing information, increasing transparency and lowering the barriers for individuals to share their stories. Through Crowdmap.com, Swiftly.org and accompanying mobile applications, Ushahidi is making crowdsourcing tools available and useful. Their latest product is BRCK, a tool for resilient connectivity -- anywhere.

Rotich is also a founder of iHub, a Nairobi tech space described as "part open community workspace (co-working), part vector for investors and VCs and part incubator." She is a TED Senior Fellow and serves on the World Economic Forum's Global Agenda Council on Information Communications Technology. She co-founded Mobisoko, a mobile marketplace for language and location relevant apps in Africa. She was named Social Entrepreneur of the Year in 2011 by The World Economic Forum. 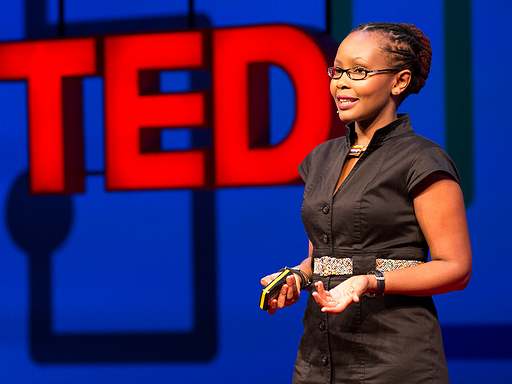 TED Fellows in the Field: How Juliana Rotich is connecting Africans with rugged technology

Meet Kenyan technologist, entrepreneur and TED Fellow Juliana Rotich in the latest installment of the Fellows in the Field video series. Visit the iHub, an incubator for Nairobi’s young technology entrepreneurs, and learn about BRCK, a rugged mobile WiFi device with huge potential to bring connectivity to areas of the world with limited infrastructure. “It’s […]

A rugged, mobile wifi device brings the web to schools in Africa and beyond, thanks to this TED Fellow

BRCK is best described as a “backup generator for the internet.” When it was announced, the idea of a rugged, rechargeable, mobile wifi device captured imaginations as a good way to bring robust connectivity to people in places with spotty infrastructure – particularly in developing countries. The device is the brainchild of Nairobi-based technology company Ushahidi, and was created partly out of […]

Ever wondered where you might see revolutionary graffiti* in Cairo? Or been at a loss to find a Cuban cafe con leche** in New York City? Or really needed a beer in Madrid*** but wanted off the tourist-beaten track? Wonder no more. Our recent series profiling interesting innovators who live and work in cities around […]