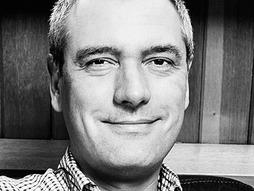 Jose Miguel Sokoloff knows what it's like to go into a jungle to make a commercial in a Black Hawk helicopter surrounded by soldiers with machine guns. In the last few years he has planned and realized pro-bono ad campaigns on behalf of the Ministry of Defense against the guerrilla war in Colombia -- to persuade FARC guerrillas to demoblize.

Realizing that a guerrillero is as much a prisoner of his organization as are his hostages, Sokoloff and his team played on the promise of freedom. At Christmas 2010, his agency, Lowe-SSP3 Colombia, placed nine decorated holiday trees in the jungle near a banner ad that read: "If Christmas can come to the jungle, you can come home. Demobilize." It won gold at Cannes Lions -- but the most important prize was that it succeeded in its intent, creating a spike in demobilization rates.

The following year the agency planned a poetic campaign called "Rivers of Light" (Operación Ríos de Luz), which floated a raft of glowing plastic balls, filled with gifts and messages from family, down rivers that the revolutionaries typically travel. Christmas 2012's campaign, "Operation Bethlehem," lit up wayfinding "stars" over local villages, offering defectors a route back.

“Not many ad agency briefs aim to tackle something as important as the demobilisation of a guerrilla army.” — Creative Review 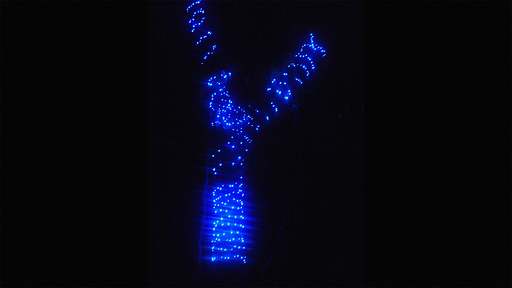 How Christmas lights helped guerrillas put down their guns

Stories that ripple from South America: A recap of session 1 of TEDGlobal 2014

Session 1 of TEDGlobal 2014 felt a little like a campfire, as five speakers took the stage to share stories of their homeland. Below, a recap of what each had to say. Figures from history rarely have political durability, says writer Marie Arana. And yet, Simón Bolívar’s face still appears in street art throughout South America — he’s […]

Stories: A sneak peek of session 1 at TEDGlobal 2014

TEDGlobal 2014 is the first official TED conference held in South America. And so the program begins with stories from the continent. In this session, hear surprising voices from South America and the Caribbean islands, from an ad executive whose clever marketing campaigns aim to defuse the Colombian civil war to the chief of the Yawanawa people […]

Moments of Truth: The speakers in Session 1 at TEDGlobal 2013

There’s a distinct sense of anticipation in the air here in Edinburgh, Scotland, as the lights are about to dim and we’re about to embark on the rollercoaster ride that is a TEDGlobal conference. The first session of the week, “Moments of Truth” tackles several difficult issues, including economic austerity, environmentalism, feminism and terrorism. Here […]