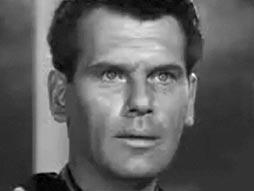 A descendent of a long lineage of prominent Kryptonians, Jor-El established himself as a scientific mastermind -- and a passionate environmental crusader -- with his wide-ranging research into eco-friendly transport, teleportation, planetary physics, geology and, in his final days, rocket science.

Jor-El led scientific investigations into a series of unexplained seismic events on Krypton, discovering that the planet was headed for an inevitable explosion -- spelling doom for his civilization. Unfortunately, despite his formidable intellect and his honored seat upon the renowned Science Council, his warnings were ignored.

Jor-El is survived by his son, Kal-El, a news reporter.

“The people of Earth can be a great people, if they wish to be. They only lack the light to show the way. For this reason above all -- their capacity for good -- I have sent them you, my only son.” — Jor-El