Jennifer M. Granholm was elected governor of Michigan in 2002, and in 2006, she was re-elected with the largest number of votes ever cast for governor in Michigan. As governor, Granholm led the state through a brutal economic downturn that resulted from a meltdown in the automotive and manufacturing sectors. She worked relentlessly to diversify the state’s economy, strengthen its auto industry, preserve the advancedmanufacturing sector, and add new, emerging sectors, such as clean energy, to Michigan’s economic portfolio.

During her tenure, she pioneered clean energy policies, working with business and labor, Republicans and Democrats to create new economic opportunities in Michigan. In 2005, the Granholm economic development team put together an aggressive strategy to make Michigan the hub of clean-energy development in North America by developing entire supply chains in Michigan, fostering critical partnerships between industry, government and researchers and by creating economic incentives that made Michigan the place to locate. Granholm’s plan included specific clustering strategies targeted at battery manufacturing, bio-energy, solar and wind power. Her leadership attracted to Michigan more than 89,000clean energy jobs and $9.4 billion in investments in that sector.  By the time she left office at the start of 2011, Michigan’s economy was rebounding and Gallup listed Michigan as state with the most improved jobs climate.

Her book A Governor’s Story: The Fight for Jobs and America’s Economic Future tells how Michigan pioneered ways out of an economic storm and offers  advice for a nation desperate to create jobs. 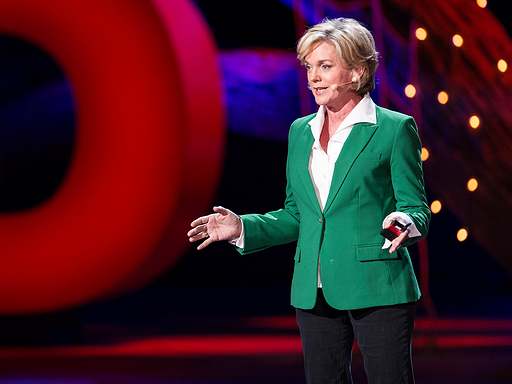 A clean energy proposal — race to the top!

Forecasting crime in Rio de Janeiro, a new Marvel comic, and an Airbnb to rejuvenate a rural community

The TED community has been very busy over the past few weeks. Below, some newsy highlights. Crime forecasting in Rio. Before the 2016 Olympic Games, worries ran high that crime in Rio might affect the mega-event; one reported attack at the Games (which actually might not have happened) grabbed headlines around the world during the […]

How about creating a national energy policy?: Jennifer Granholm at TED2013

Kicking off the TED conference would be a daunting prospect for most, but Jennifer Granholm has tackled both nastier challenges and less friendly audiences in her time. After all, she is the former governor of Michigan, a state that, as the blurb to her book A Governor’s Story: The Fight for Jobs and America’s Economic Future puts it, was “synonymous with […]

Progress Enigma: The speakers in Session 1 of TED2013

As we assembled TED2013’s lineup of speakers from around the world, talked with the TED brain trust, and listened to online conversations, one theme emerged: What is the future of work? Technology and new business practices are, in many ways, putting an end to the classic “good job,” the kind that millions of people once […]