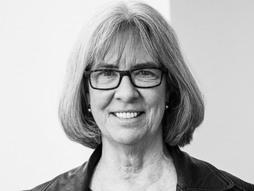 Journalist
Clear Health Costs @chcosts
Jeanne Pinder asks why it's so hard to make sense of US healthcare bills — and suggests what we might do about it.

Lifelong journalist Jeanne Pinder is founder and CEO of ClearHealthCosts, a digital media startup that demands price transparency from the US healthcare system. After taking a buyout from the New York Times, where she worked for more than 20 years, she won a Shark Tank-style competition with her ClearHealthCosts pitch and hasn't looked back.

Since its founding in 2011, ClearHealthCosts has won a slew of journalism grants and prizes and has reported on and crowdsourced health price data in partnership with prestigious newsrooms in New Orleans, Philadelphia, Miami, San Francisco, Los Angeles, New York and elsewhere. This work has won numerous journalism prizes -- a national Edward R. Murrow award, a Society for Professional Journalists public service gold medal and a spot as a finalist for a Peabody Award, among others.

Previously, in her native Iowa, Pinder worked at The Des Moines Register and the Grinnell Herald-Register, a twice-weekly newspaper that her grandfather bought in 1944.

Pinder speaks fluent but rusty Russian. In a previous lifetime, she lived in what was then the Soviet Union, a place almost as mysterious as the US healthcare marketplace.

What if all US health care costs were transparent?