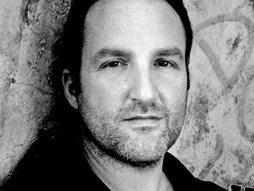 Born in 1974 to an English father and Guyanese mother, Taylor grew up in Europe and Asia, where he spent much of his early childhood exploring the coral reefs of Malaysia. Educated in the South East of England, Taylor graduated from the London Institute of Arts in 1998 with a BA Honours in Sculpture and went on to become a fully qualified diving instructor and underwater naturalist. With over 20 years diving experience under his belt, Taylor is also an award winning underwater photographer, famous for his dramatic images, which capture the metamorphosing effects of the ocean on his evolving sculptures.

In 2006, Taylor founded and created the world’s first underwater sculpture park. Situated off the west coast of Grenada in the West Indies, it is now listed as one of the Top 25 Wonders of the World by National Geographic and was instrumental in the creation of a national marine protected area by the local government. In 2009, he co-founded MUSA (Museo Subacuático de Arte), a monumental museum with a collection of over 500 of his sculptural works, submerged off the coast of Cancun, Mexico. Both of these ambitious, permanent public works have a practical, functional aspect, facilitating positive interactions between people and fragile underwater habitats while at the same relieving pressure on natural resources.

Taylor's pioneering public art projects are not only examples of successful marine conservation but also works of art that seek to encourage environmental awareness, instigate social change and lead us to appreciate the breathtaking natural beauty of the underwater world. He is currently based in Lanzarote part of the Canary Islands where he is working on a major new underwater museum for the Atlantic Ocean. 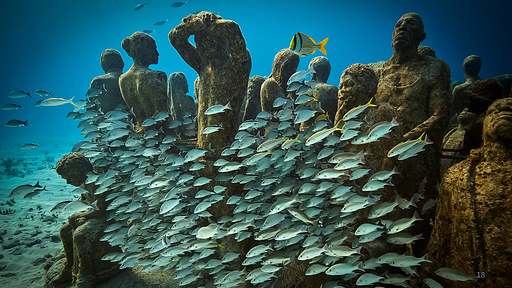 A new museum 14 meters under the sea, a dance that draws on fiction, and other news from TED speakers

As usual, the TED community has lots of news to share this week. Below, some highlights. An underwater museum. Off the south coast of Lanzarote, 12 to 14 meters beneath the sea, lies artist Jason DeCaires Taylor’s latest museum, Museo Atlántico, which opened on January 10. Three years in the making, the installation is not […]

Gallery: The sculpture garden at the bottom of the sea

Jason deCaires Taylor casts giant cement sculptures that weigh thousands of pounds -- and then sinks them into the ocean. His idea: to create a unique underwater gallery that algae, corals and other sea creatures can call home.

4 ways to get people to care about the ocean

Human beings have created a whole load of problems in the oceans. Sadly, though, they usually don’t want to hear about them. Last month, a group of ocean scientists and activists brainstormed ways to make the seas sound as amazing as they are. Check out new tools, studies and discoveries that could spark positive curiosity and empathy.