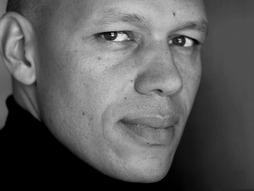 Raised in Ghana, Switzerland and Germany, Jarreth Merz is a filmmaker and actor (you may remember him  in the role of Simon of Cyrene in The Passion of the Christ). As a director, his work is rooted in observing life as it presents itself in all its complexities -- as shown in his latest documentary, An African Election, which follows the 2008 presidential elections in Ghana, West Africa.

Merz's stepfather, a political player on Ghana, helped him get access behind the scenes; then Jarreth and his cameraman brother Kevin followed the presidential candidates in the unpredictable months leading up to the final night. In chronicling the rough-and-tumble process of a democratic election, the documentary becomes a meditation on the dream of democracy itself. The film screened in the World Documentary competition at Sundance earlier this year. Merz is now working on a “political safari” in Africa.

He says: "An African Election challenges the preconceived notion we have about politics in Ghana or Africa without hiding the brutal realities."

“A remarkable documentary that grants viewers unprecedented access to the anatomy of Ghana’s presidential elections.” — IndieWire