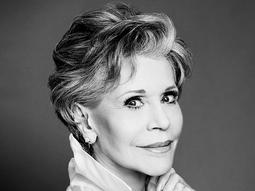 Jane Fonda’s career has spanned more than 50 years, with a body of work that includes more than 45 films and activism on issues such as women's rights, Native American rights and the environment. She is a two-time Academy Award winner, a seven-time Golden Globe winner, an Honorary Palme d'Or honoree, a 2014 AFI Life Achievement Award winner and the 2019 recipient of the Stanley Kubrick Excellence in Film Award as part of BAFTA's Britannia Awards.
Fonda can currently be seen in the seventh and final season of Grace and Frankie, Netflix's longest running original series. For her work on the series, she received an Emmy nomination for Outstanding Lead Actress in a Comedy Series in 2017. Later this year, she will star in the animated film Luck, in Paul Wetiz’s film Moving On and in the highly anticipated 80 For Brady with Lily Tomlin, Sally Field and Rita Moreno.
Fonda celebrated her 80th birthday by raising one million dollars for each of her nonprofits, Georgia Campaign for Adolescent Power and Potential and The Women's Media Center. She continues to lead the charge on Fire Drill Fridays, a national movement to protest government inaction on climate change. Earlier this year she launched the Jane Fonda Climate PAC, which is focused on defeating political allies of the fossil fuel industry. Her latest book, What Can I Do? My Path From Climate Despair To Action, details her personal journey with the movement and provides community solutions to combat the climate crisis. 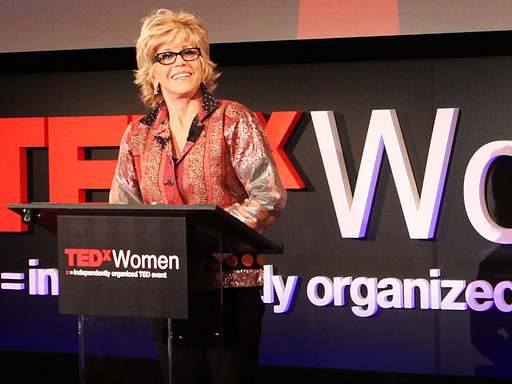 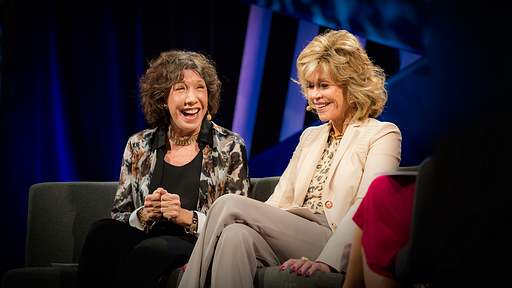 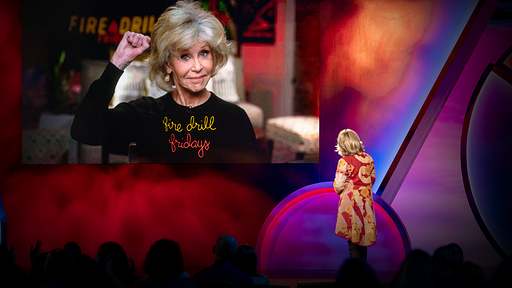 Why I protest for climate justice 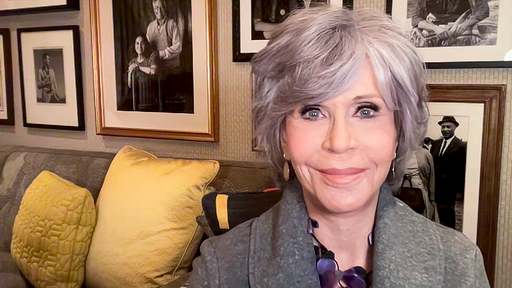 How to transform your climate concern into action

The basic human right to live on a sustainable, equitable planet is being threatened by a global climate crisis. How do we stop the loss of ecosystems, displacement of communities and destruction of livelihoods? The third day of TEDWomen Presents — an online festival featuring interviews with leading women, interactive workshops, specially curated film screenings […]

Jane Fonda: Why women are at the forefront of climate solutions

We are never going to solve climate change -- or a whole host of related challenges -- without women, says political activist and actress Jane Fonda. She explains how to get involved and how the rest of us can support the women in our lives.