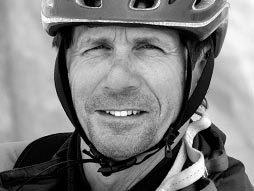 To see the natural world through James Balog's lens is to see it as an artist would -- through fresh eyes, as if for the first time, with no preconceived notions. His photos of jungle animals, for instance, are arresting in their directness, simplicity, even sensuality. His subjects assume the same weight and importance as a human portrait sitter, and demand (as a human subject would) that the viewer engage with them rather than simply spectate.

His newest work is no less powerful, no less engaging -- and it carries an urgent message. For several years, Balog has been going up north to shoot the half-alive ice of the mammoth glaciers for his Extreme Ice Survey, a look at the shocking effects of abrupt climate change in Alaska, Greenland and Iceland. Soaring, dripping, glowing and crumbling, arctic ice under Balog's eye requires the viewer to engage.

A new Nova/PBS TV special and a new book, Extreme Ice Now, are helping him spread the word that this glorious world is degrading at a speed we couldn't imagine until we saw it through his eyes.

“Each new series by James Balog represents a quantum leap in creativity, which takes us deeper into the ultimate mystery of humanity's relationship to the natural world.” — James Nachtwey, photographer and TED Prize winner 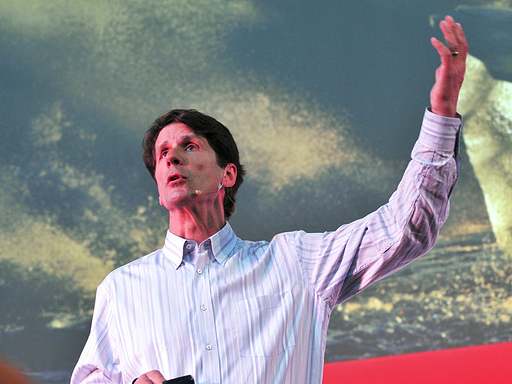 10 years of changing views on climate change, in TED Talks

10 years of TED Talks show how the conversation around climate change has developed, from awareness-raising to dire warnings to a growing sense that we can actually do something about it.

Mount Everest and its people: Photographers offer prints to raise money for those affected by landslide

The epic beauty of Everest has long enchanted photographers Aaron Huey (watch his TED Talk), James Balog (watch his talk) and Teru Kuwayama (read more about this TED Fellow). The three now turn their lenses on the quiet heroes of the mountain, to raise money for the families and community of the 16 Sherpas killed in […]

Photographer James Balog grew up skeptical about climate change. But in 2005, he headed to Iceland on assignment for National Geographic and found himself captivated by the spectacular beauty of the icy landscape and devastated by how it was quickly changing before his eyes. Balog had an idea: the Extreme Ice Survey, a network of […]