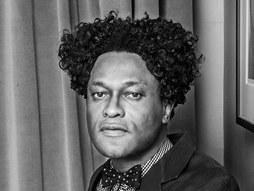 Iké Udé's ongoing photographic self-portrait series, "Sartorial Anarchy," showa him dressed in varied costumes across geography and time. As a Nigerian-born, New York–based artist, conversant with the world of fashion and celebrity, Udé gives conceptual aspects of performance and representation a new vitality, melding his own theatrical selves and multiple personae with his art. Udé plays with the ambiguities of the marketplace and art world, particularly in his seminal art, culture and fashion magazine, aRUDE and recently his style blog, theCHIC INDEX.

Udé is the author of Beyond Decorum (MIT Press, 2000), which accompanied a traveling exhibition of his photography, and Style File: The World’s Most Elegantly Dressed (2008), a remarkable volume that profiles 55 arbiters of style, including Isabel and Ruben Toledo, Victoire de Castellane, André Leon Talley, Dita Von Teese, Ute Lemper, Lapo Elkann and many others. His work is in the permanent collections of the Solomon R. Guggenheim Museum, the Smithsonian Museum of Art and in many private collections. The esteemed online auction house, Artsy, ranked him -- along with Rembrandt, van Gogh, Warhol -- among the top 10 "Masters of the Self-Portrait." He has made the coveted Vanity Fair magazine's International Best Dressed List in 2009, 2012 and 2015. 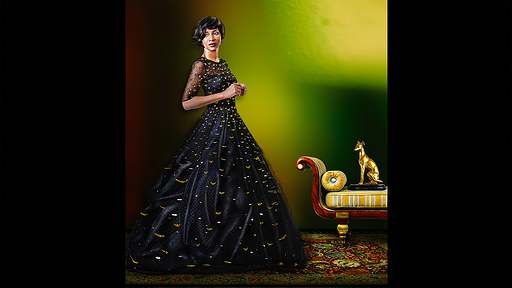 The radical beauty of Africa, in portraits