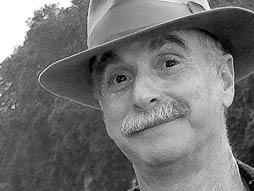 As Howard Rheingold himself puts it, "I fell into the computer realm from the typewriter dimension, then plugged my computer into my telephone and got sucked into the net." A writer and designer, he was among the first wave of creative thinkers who saw, in computers and then in the Internet, a way to form powerful new communities.

His 2002 book Smart Mobs, which presaged Web 2.0 in predicting collaborative ventures like Wikipedia, was the outgrowth of decades spent studying and living life online. An early and active member of the Well (he wrote about it in The Virtual Community), he went on to cofound HotWired and Electric Minds, two groundbreaking web communities, in the mid-1990s. Now active in Second Life, he teaches, writes and consults on social networking. His latest passion: teaching and workshopping participatory media literacy, to make sure we all know how to read and make the new media that we're all creating together.

“With his last book, Smart Mobs, the longtime observer of technology trends made a persuasive case that pervasive mobile communications, combined with always-on Internet connections, will produce new kinds of ad-hoc social groups. Now, he's starting to take the leap beyond smart mobs, trying to weave some threads out of such seemingly disparate developments as Web logs, open-source software development, and Google.” — BusinessWeek 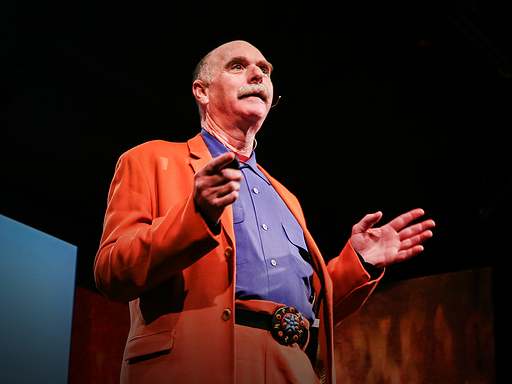 The new power of collaboration

It’s a complaint we’ve all heard about the internet: all the cat videos and incessant celebrity gossip sites are making us, as a culture, stupider. However, digital community expert Howard Rheingold, doesn’t think that’s the case. In fact, he believes that both designing and using digital media can actually improve our intelligence. As Rheingold sees […]

Via Slashdot, blogger Andrew Keen writes that economic troubles will trigger the decline of the “free” economy, collaboration, and open-source — including communities such as Wikipedia — and even, perhaps, the blogosphere itself. People will be less likely to give away “their intellectual labor on the Internet in the speculative hope that they might get […]

Howard Rheingold talks about the coming world of collaboration, participatory media and collective action — and how Wikipedia is really an outgrowth of our natural human instinct to work as a group. As he points out, humans have been banding together to work collectively since our days of hunting mastodons. (Recorded February 2005 in Monterey, […]