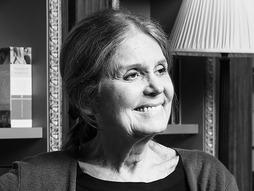 Gloria Steinem was a founder of New York and Ms. magazines. In 1993, her concern with child abuse led her to coproduce an Emmy Award-winning TV documentary for HBO, Multiple Personalities: The Search for Deadly Memories. In 2016, she and Amy Richards coproduced a series of eight documentaries on violence against women around the world for VICELAND.

Steinem has cofounded several organizations, including the National Women's Political Caucus, the Ms. Foundation for Women, the Free to Be Foundation, the Women's Media Center and Equality Now. In 2013, she was awarded the Presidential Medal of Freedom by President Barack Obama, and received the Freedom Award from the National Civil Rights Museum in 2019. She is the subject of Julie Taymor's upcoming biopic, The Glorias.

Steinem is the author of many books, including The Truth Will Set You Free, But First It Will Piss You Off, My Life on the Road, Revolution from Within, Outrageous Acts and Everyday Rebellions and As If Women Matter. For her writing, she received the Front Page and Clarion awards, the National Magazine Award, the Lifetime Achievement in Journalism Award from the Society of Professional Journalists and the Society of Writers Award from the United Nations. 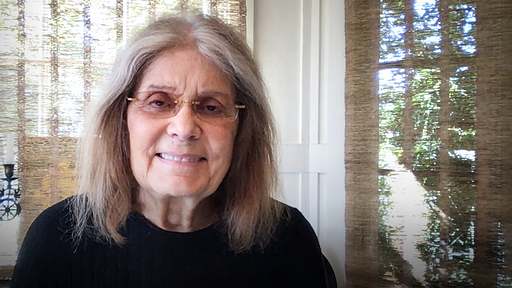 To future generations of women, you are the roots of change

Onward! Notes from Session 3 of TEDWomen 2020

For the culminating session of TEDWomen 2020, we looked in one direction: onward! Hosted by TEDWomen curator Pat Mitchell and TEDx learning specialist Bianca DeJesus, the final session featured speakers and performers who shared wisdom on preparing for new challenges, turning fear into action and finding the way forward — even when the path isn’t […]

Join us for TEDWomen 2020: Fearless on November 12

TEDWomen 2020 is nearly here! The day-long conference will take place on November 12 via TED’s new virtual conference platform. TEDWomen attendees will experience TED’s signature talks as well as an array of live, interactive sessions, community “idea dates,” small-group speaker Q&As and more. The talks featured in the program have been developed in collaboration […]