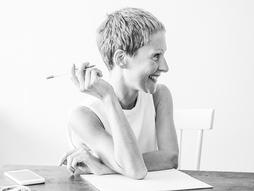 What sets Giorgia Lupi apart is her humanistic approach to the world of data.

Her work frequently crosses the divide between digital, print and handcrafted representations of information: primarily, she draws with data. She has a passion for and obsession with data, the material she uses to tell stories, and the lens through which she sees the world.

Data are often considered to be very impersonal, boring and clinical, but Lupi's work proves the opposite. She makes sense of data with a curious mind and a heterogeneous arsenal, which ranges from digital technology to exhausting and repetitive manual labor. She believes we will ultimately unlock the full potential of data only when we embrace their nature, and make them part of our lives, which will inevitably make data more human in the process.

Trained as an architect, Lupi has always been driven by opposing forces: analysis and intuition, logic and beauty, numbers and images. True to these dichotomies, in 2011 she started both her own company and studying for a PhD. She earned her ddoctorate in design at Politecnico di Milano, where she focused on information mapping, and she is now the design director and co-founder of Accurat, a global, data-driven research, design and innovation firm with offices in Milan and New York. She relocated from Italy to New York City, where she now lives.

Thanks to her work and research, Giorgia is a prominent voice in the world of data. She has spoken at numerous events, universities and institutions around the world, including the Museum of Modern Art, the Guggenheim Museum, PopTech Conference, Eyeo Festival, Fast Company Innovation by Design, New York University, Columbia University and the New York Public Library. She has been featured in major international outlets such as the New York Times, The Guardian, the Washington Post, NPR, BBC, TIME magazine, National Geographic, Scientific American, Popular Science, Wired, Vogue, Vanity Fair, Monocle and more. Her work has been exhibited at the Design Museum, the Science Museum, and Somerset House in London; the New York Hall of Science and the Storefront for Art and Architecture in New York; at the Triennale Design Museum and the Design Week in Milan, among others.

Giorgia is the co-author of Dear Data, an aspirational hand-drawn data visualization book that explores the more slippery details of daily life through data, revealing the patterns that inform our decisions and affect our relationships.

Her work is part of the permanent collection of the Museum of Modern Art.

“Giorgia Lupi is the personification of grace under pressure. Of exquisite design grace under overflowing data pressure! Data visualization is a normal part of our information diet, but only a few designers are able to achieve utmost clarity and at the same time memorable elegance. Moving seamlessly between digital and analog space, Giorgia transforms even the driest quantitative analysis into a touching moment of humanity and poetry.” — Paola Antonelli 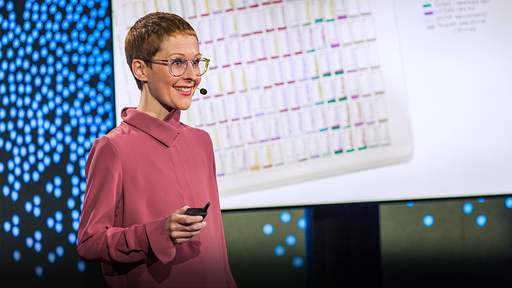 How we can find ourselves in data

How to draw your own selfie — using your personal data

Designer Giorgia Lupi wants to change the way we think about data. Most of us think of it as rooted in cold facts and numbers, but it’s warm and flawed. Follow her step-by-step instructions to generate a new perspective on the person you know best of all in the world: you.

Building bridges and playing with data at the Target social space

This year at TED, Target is all about building bridges and forging strong connections — literally and figuratively. The Commons — an open, airy minimalist structure — is a truly interactive space that allows TED attendees a moment to recharge away (and above) from the hustle and bustle of the conference. Made from sturdy wood […]