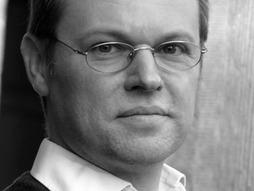 Gero Miesenboeck is pioneering the field of optogenetics: genetically modifying nerve cells to respond to light. By flashing light at a modified neuron in a living nervous system, Miesenboeck and his collaborators can mimic a brain impulse -- and then study what happens next. Optogenetics will allow ever more precise experiments on living brains, allowing us to gather better evidence on how electrical impulses on tissue translate into actual behavior and thoughts.

In one experiment, done at Yale, he and his team engineered fruit flies to be light-sensitive in the neural area responsible for escape response. Then the flies were beheaded; fruit flies can live for a day without their heads, but they don't move. When the modified cells were flashed with light, though, the headless flies flew. Miesenboeck had successfully simulated an order from a brain that wasn't even there anymore.

Miesenboeck's current research at Oxford's growing department of neurobiology focuses on the nerve cell networks that underpin what animals perceive, remember and do. In one recent experiment, he used optogenetics to implant an unpleasant memory in a fruit fly, causing it to "remember" to avoid a certain odor as it traveled around. He and his team were able, in fact, to find the fly's specific 12-neuron brain circuit that govern memory formation.

“Using their approach to 'write directly to memory,' scientists [like Miesenboeck] can now obtain a level of evidence about brain function that was impossible before.” — Kate Melville, Cell 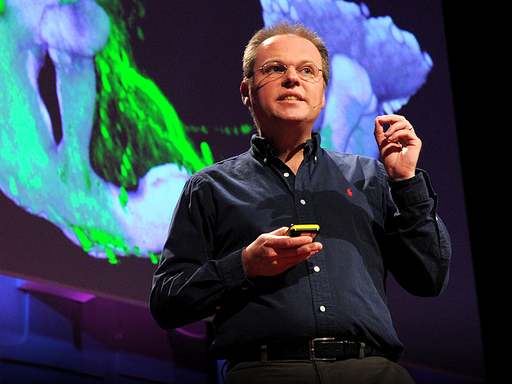 In the quest to map the brain, many scientists have attempted the incredibly daunting task of recording the activity of each neuron. Gero Miesenboeck works backward — manipulating specific neurons to figure out exactly what they do, through a series of stunning experiments that reengineer the way fruit flies percieve light. (Recorded at TEDGlobal 2010, […]