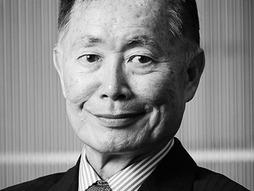 Actor and activist
The beloved Mr. Sulu from the original Star Trek, George Takei is an activist for human rights (and a master of Facebook memes).

George Takei is known for his portrayal of Mr. Sulu in the original Star Trek TV series and films, but since serving as the helm officer on the USS Enterprise, he's become a pop culture icon here on this planet. To Be Takei, a documentary on his life and career directed by Jennifer M. Kroot that premiered at Sundance in January 2014, will be released theatrically in August 2014.

Takei is a master of Facebook virality, and has written two books about it: Oh Myyy! - There Goes The Internet and Lions and Tigers and Bears - The Internet Strikes Back (known collectively as Life, the Internet and Everything, Books 1 and 2). He's also the host of the YouTube series Takei's Take.

Along with Lea Salonga and actor-singer-songwriter Telly Leung, he stars in a new musical called Allegiance (music and lyrics by Jay Kuo, book by Jay Kuo, Lorenzo Thione and Marc Acito). The musical is an epic story of love, family and heroism during the Japanese American internment.

Takei is an important advocate for LGBT rights; in 2005, he came out of the closet, and has been an active campaigner for the right of all people to marry.

“I think my new image as a comic observer of society happened as a result of a very serious mission I have.” — George Takei on OutQ 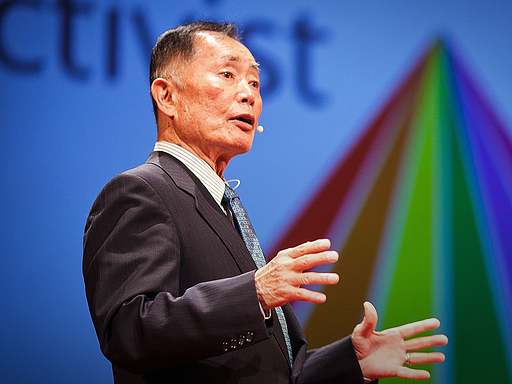 Why I love a country that once betrayed me

Ireland is the “goodest” country in the world? Oh c’mon. And other of this week’s comments

This week’s comments includes replies to Simon Anholt's introduction of the Good Country Index, a thought on the purity of art (and how we have polluted it with money), and an argument for trusting our own intellectual selves.

What pop culture can teach us about Japanese internment

Star Trek star George Takei has written a musical. No, not about his time on the U.S.S Enterprise, but about his family's experience being interned during World War II. Take a look at this and other pop culture references to this little known period of American history

Last night, many boldly ventured where no man had gone before: to see Star Trek Into Darkness, which opened in some theaters at midnight. The film, which is a sequel to JJ Abrams’ 2009 reboot of the classic series, has been highly anticipated ever since its lyrical trailer materialized late last year. Writes critic Betsy […]